Our Wedding Dance: What we did and how you can do it too 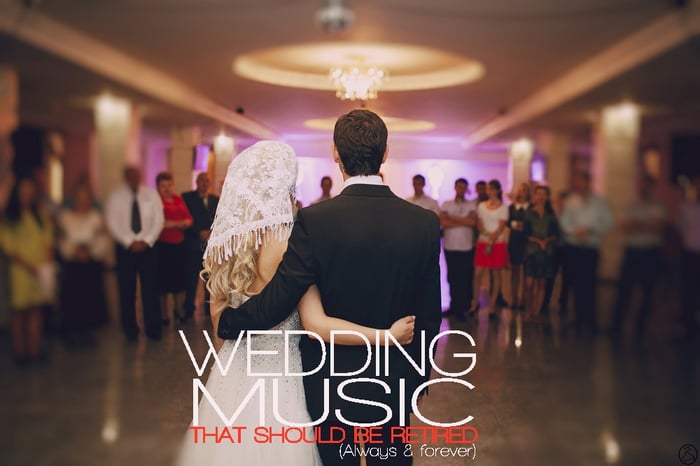 There's a sound that people make, and it's unmistakeable.

It's an audible eye-roll, the abbreviated version of "you've got to be kidding me", and it's the last thing you want when it comes to your choice of Wedding Music.

In an effort to make your wedding dance groan-free, we have compiled a list that can save you some frustration, and the polite-but-annoyed smile by your guests.

Wedding Music That Should Be Retired Always And Forever

Back At One - Bryan McKnight

"Back at One" reached the top ten in New Zealand, Canada, and the US, where it eventually peaked at number 2 for eight weeks behind "Smooth" by Santana.

Elevator music. When you hear an instrumental of a song, repurposed for late night grocery shopping, or your Fortune 500 elevator - avoid that song at all costs.

Verdict: A wedding song should be personal and unique, and, hopefully, never remixed into elevator music.

How Do I Live - LeAnn Rimes

It feels a little contradictory. Sure, we should appreciate the song, separate from the personal life of the singer - but who needs that kind of distraction? The fact that it's nearly 20 years old doesn't help either.

Verdict: Consider the song, as well as the artist.

Be honest.  Really, really, honest.  If your finace owned this album, and was playing it on your first date, you may not be engaged right now. This song set some major records for wedding dances over the years, but it's time to move on.  There's nothing savage about soft rock, and there are better songs for your first dance.

Verdict: Pick a song you actually listen to.

Come Away With Me - Norah Jones

This is a tough one.  It's a beautiful Waltz, and that's just about the classiest dance you could perform at a wedding. Due to its popularity, Jones raked in a bunch of Grammy's for this album in 2003, this song was probably a first dance choice for many people you know.  However, how many of them took Waltz lessons at Arthur Murray for their wedding?

Verdict:  This has been officially "Un-retired"(if you learn how to Waltz to it).

No matter what wedding music you choose, one thing is for certain - learning how to dance together will set you apart.  In fact, the better you become as a dance couple, the less the music even matters.

Even if you picked that classic by Savage Garden, learning how to dance together will make your connection the focal point.  At Arthur Murray our job is to make sure the learning process eliminates stress, serves as a date night, and can make you comfortable together on the dance floor.

We really love what we do...