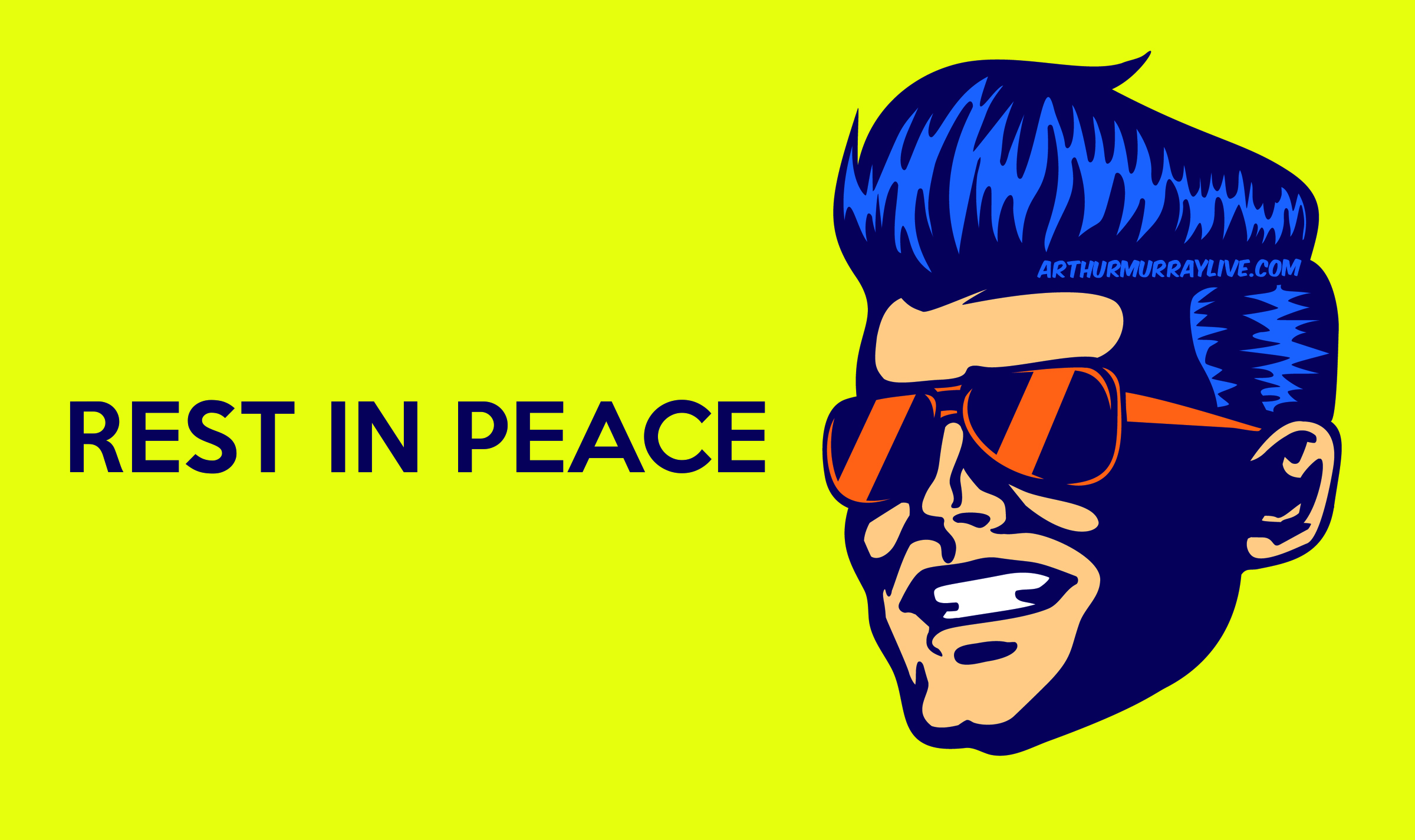 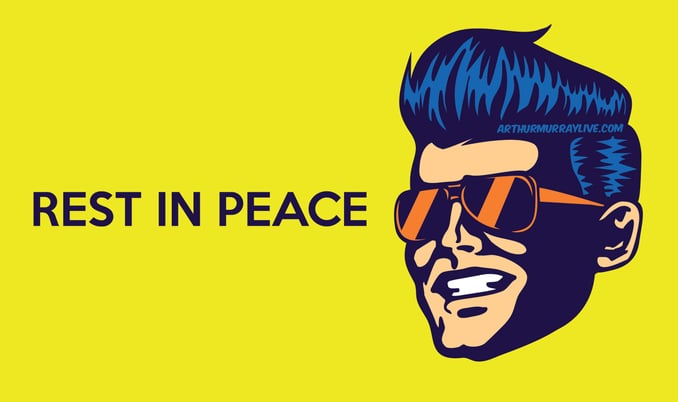 In my pre-Arthur Murray days I was a swing dancer, or at least I thought I was.

With countless hours of dancing at Swing clubs, a few dozen hours of group classes, and exactly zero hours of private instruction - I believed I was the greatest Swing dancer in my zip code.

Now, mind you, learning to social dance had, and has, changed my life. I had been sick of the nightclub scene, walking around like a drone, second guessing what I was wearing, and hoping that some magical Saturday would come around where a girl would agree to dance within a yard of me.

It felt like the prom on Back to the Future.  People dressed up, asked each other to dance, and by golly - they said yes! It was a dream come true.  I met some great friends and one girl eventually became my regular dance partner.  Her name was Karen.

We would practice in each other's living room, then meet at the Swing club on Wednesday nights, and put it all into action.  We were regulars.  No cover charge, no lines, we'd walk right in, and dance with everyone.  It was one of the best summers I had ever had. It was my social life renaissance.

Then this dream sequence then came crashing to the ground.

It started when Karen went away to school. No more living room practices. No more dance partner to get warmed up on the dance floor.  She was my security blanket, and she knew my entire arsenal of moves. In fact, she even reminded me when I forgot.  So I decided to venture out, challenge myself, and put what I had learned to use without the need of a regular partner.

The extreme closeup of my social dancing reality would occur on a summer evening in downtown Chico.

My buddies decided to take a road trip to catch up with a friend at Chico State University.  There was a Swing night at a bar downtown, so we made an evening of it.  This would be my opportunity! So, with all the deference and humility of a professional wrestler, I walked into the club, stopped my friends, and said, "pick any girl in this club, and I'll dance with her."

These were bold words.  Their expressions agreed, but I was confident.  This was my arena, they were playing my music, and I was ready to use my moves. 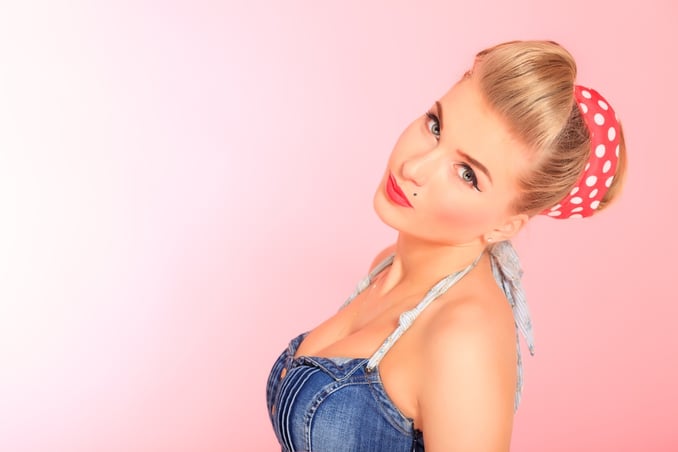 They pointed to a girl that looked like a pinup cariacture from the side of a P-51 Mustang.  In any other nightclub she would have been at the top of the nightclub feudal system, and unattainable.  With Swing dancing, however, it was a different story.

I approached, like Clint Eastwood walking into a saloon.  I looked back at my friends and motioned, "her?", as if I had already forgotten who it was.  Surprisingly, my heart wasn't racing. Social dancing for the last year had done a lot for my confidence.

I glance at my friends and it looks like a group of soccer fans when their team scores in the World Cup.  They are freaking out.  I grin.

Then the tide begins to turn.

Pinup Girl: "Whatever you want."

Me: (uncertain) "OK great, but what should I start with?"

You know those moments in the John Hughes 80's movies where the record skips just to add to the awkwardness of something embarrassing that has happened to the main character?  That's exactly what happened, minus the music stopping. It felt like an extreme closeup, my heart was beating out of my chest, and every polite, but total propaganda, "you're a good leader" compliment that I received came flashing before my eyes.

The bravado escaped my body like air in a blown tire. I finished out the dance like it was my prison sentence, and it felt like a life sentence.

"What have I been doing this whole time?"

My wingmen saw my distress signal, you know that one where it looks like the blood has been drained from your friend's body? That one.

I made something up, but what I realized right then and there was that my concept of leading was a sham.  I would need a new approach, and it wouldn't include asking my dance partners what moves they wanted me to start with.

Often times, we are the last one to know about our faults.  In my case, it took a fail of epic proportions to deflate my bloated dance ego. I was determined to never let that happen again.  This experience became the backdrop for my obsession with ballroom dancing. I began to understand that group classes at a nightclub might not be the best source of dance instruction. I also learned that if my dance partner never left for school, I might not be where I am today.

Sometimes the most painful moments can have the most productive results. 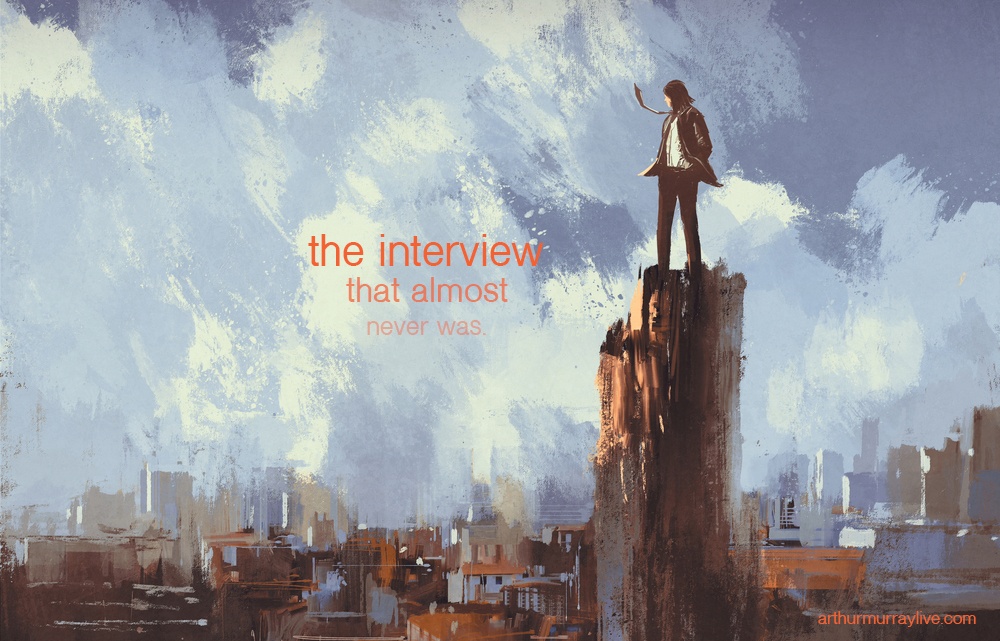 The Arthur Murray Interview that Almost Never Was
By Chris Lynam

What's it like to Be an Arthur Murray Dance Teacher?
By Chris Lynam