3 Game of Thrones Lessons that are Ballroom Dance Gold

There won't be any swords, White Walkers, or Direwolves on your next Arthur Murray dance lesson, but there are some essential lessons every dancer can take from HBO's Game of Thrones.

It should also be pointed out that we are big fans of the show and we will be using references from the show to illustrate some dance-related points. So, with that being said, consider this article your Three Eyed Raven as we venture past the wall, and utilize the seven kingdoms as the backdrop for your dance hobby.

3 Game of Thrones Lessons that are Ballroom Dance Gold

Your dance program will usually be built around 6 dances:  Foxtrot, Tango, Waltz, Rumba, Cha-Cha and Swing. Also known as, "The Six Majors".  Just like the Direwolves, there is a purpose and story for each of these ballroom dances in your dance journey.  Each dance, like a Direwolf, is designed to safeguard you in a social dance situation, and sometimes the ballroom dance you see little value in now (the runt) may have a tremendous value in the future. 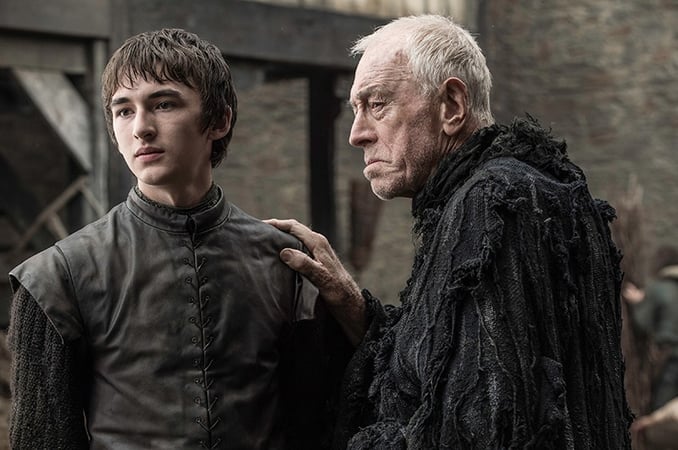 Bran, or Brandon, Stark is the fourth of the Stark children and while exploring the castle at Winterfell is pushed out a tall window after catching Princess Queen Cersei and Prince Jamie engaged in some, ahem... suspicious activity.  Bran survives, develops incredible powers, and becomes [SPOILER ALERT] the next Three Eyed Raven - where he can travel back in time and (possibly) affect the future.

Your greatest accomplishments in your ballroom dance journey may start with a bad moment.  Whether it was a lack of support for your interest in dancing, or just a bad dance day - Bran Stark's character shows us that great things can result from even the worst events. In addition, using your own Three Eyed Raven skills, your present, and future, can be influenced strongly by focusing on your growth from these past events.

Game of Thrones employs multiple directors for each season of the show.  Each director is responsible for two episodes, and, considering the breadth of the production value, that's no cake walk. Not only does this allow the feature film-like shooting schedule to wrap up in time, but it also allows each director to share a point of view and style that keeps the show fresh.

Your dance program was written by Arthur Murray, your teacher is the director, and, yes, that makes you the star... O Mother of Dragons.  Having multiple directors/teachers will keep your dance program from becoming too predictable, and will keep the production schedule to your next graduation moving more efficiently. While it may take a while before people refer to you as "Khaleesi", this type of approach with your program, called "Team Teaching", can be employed at any stage of your dance program.

Did you enjoy this article?  Love Ballroom dancing and Game of Thrones?  Let us know in the comments below... because this could be a regular feature on the Arthurmurraylive.com Blog.

READ MORE:  Want to know the difference between Winterfell and Highgarden? We recomment checking out this fantastic site.
WATCH:  You can catch Game of Thrones on HBO OnDemand by following this link