If you were at the World Dance-O-Rama in New Orleans 2016, you know who they are.

If you weren't, you missed seeing the new Arthur Murray International Ballroom Dance Champions make their first big mark with the company.

In the process, Anton Lebedev and Anna Borshch pivoted... a few times, and dropped the collective jaws of everyone in the room.  But this is not just a story about great dancers, it's an introduction to two ambassadors for the Arthur Murray organization.

AML:  How did you first discover ballroom dancing?

Anton:  Actually, this is quite a boring story, I'm afraid to say.  All of my friends back in Russia when I was about 7, collectively decided to join a ballroom dance class.  It was a new thing in our neighborhood.  Suddenly, there was nobody to play with outside.  I asked my mom to bring me to that new ballroom group just so that I could be with my friends.  My first teacher actually told me that I had no talent, and that I would never make it in dance.

This really aggravated my mom.

She would not accept somebody saying something like that to her son so she took me to  a different dance school where the teacher accepted me with open arms.  She made it her mission to make a dancer out of me, and the rest is history.

Anna:  I did all kinds of dance styles when I was little:  gymnastics, folk dance, ballet, jazz, and ballroom.  I asked my parents to continue my ballroom classes because that's where we got to wear the prettiest dresses, plain and simple.

AML:  What was your first impression of dancing?

Anton:  My very first thought as a 7 year old kid was:  "That's cool, all of my buddies are here."  As time went on, my thoughts about ballroom dancing would change periodically.

As a teenager, I was very competitive against my buddies and really just wanted to beat them.  It had nothing to do with dancing itself.  A few years later, I observed that I was good at it and thought to just keep going because of that.

In my early 20's, I was fascinated with the performance aspect of dancing.  I just loved getting on the dance floor in front of a room full of audience and try mesmerizing them.   Only much later did I develop a genuine love for dancing:  musicality and partnering and all of those noble ideas about it.

Anna:  I always thought of dancing as a fun hobby that I was naturally good at from the very start.  However, I never really considered it as a possible career until I stared dancing with Anton.

He was so mature and committed to his dancing and was already teaching back in Russia.  This made me see dancing as a possible profession, something which I had never really considered up until that time.

Anton was convinced that we should be practicing every day, which was unusual to me since I was used to practicing only a few times a week.  I was a amazed to see how fast we started to improve with these intense and frequent practices.  That's when I began to be much more serious about dancing and could see myself doing this for the long term.

AML:  How did you guys become dance partners?

Anton:  I just finished University back in Russia.  My relationship with my, then, dance partner was going south.  I felt that I had personally arrived at a crossroads in my career.

To my surprise, my past dance teacher, who was living in Canada for several years, told me about a tall and talented girl whom he was teaching in Canada and who happened to be looking for  a partner (of course that was Anna, as you might have guessed).

It was the end of the year, and there was this new opportunity in a completely foreign country laid out in front of me.  I knew nothing about this girl.  We didn't have any YouTube at that time, but I still decided to go for it.

AML:  Do you have a favorite memory or accomplishment dancing together?

It was during the World Professional Standard Championships of 2010.

The only World’s we’ve ever took part in where Canada was the host country. It is a tradition in World Championships for the couples of the host country to come out last in the Parade in the Opening Ceremonies. It took place in a huge stadium. The audience was packed with thousands of people.

The moment the emcee announced ‘and from Canada” and we stepped onto the floor the audience exploded in a roar like we had never heard before. They kept on going as we paraded around the floor. We both get goosebumps as we discuss and relive that moment, every single time. The feeling is indescribable.

The energy we got from that audience charged us for the rest of that long day packed with many rounds. In the end we finished in a respectable 8th place in the competition

AML:  How did you come to the conclusion to join Arthur Murray?

Anton & Anna:  We've always believed that dancing can change people's lives, and as we started to meet different people from Arthur Murray, we came to understand that everybody in this family shares the same belief - and the foolproof Arthur Murray system is here for all of us to make this happen.

AML:  What's been the most eye opening experience or pleasant surprise?

Anton & Anna: Our pleasant surprise was definitely meeting such passionate people about dance and life in this company.  It is unbelievable how many smart and successful people are in the Arthur Murray family and who are willing to share their experience with us to help us along our journey to success.

AML:  Take us back to New Orleans when you competed in the Pro Standard for the first time as an Arthur Murray couple, what was that like for you?

Anton & Anna:  Our first experience competing in the Pro Standard event at an Arthur Murray comp felt much more like a party than a competition.  The energy of the audience made us want to dance more and more on that floor, and we didn't want to get off.

AML:  Everyone was blown away with your opening Waltz.  I think you did, like, 75 pivots to start things off.  Was that the plan,  or a spontaneous decision - because most people usually die after 5 pivots.

Anton & Anna:  Actually, the pivots have an interesting story behind them.  One time in practice we were playing around with different ideas and testing our limits.  We got to wonder how many pivots we could do and still be able to finish in balance.

Our record so far is actually 42!

So as we were going crazy spinning around the room, one of our friends got us on video, and posted it on Facebook.  The video literally went totally viral in the dance community!  We did not expect that at all.  In New Orleans, it was the first competition we did this many pivots at the start of our routine - and the response was very positive.

In July of 2016 everything changed for Anton and Anna.  Along with their longtime friend, and current business partner, Sharon Levit, they opened an Arthur Murray Dance Studio in Ajax, a city in Eastern Toronto. While there are many ballroom dance professionals who, when reaching their level of expertise, choose to travel the world competing, coaching, and performing.  Instead, Anton and Anna decided become students.  To learn from the ground up what it takes to become Arthur Murray franchisees and, in the process, showing everyone a different kind of pivot.

Get the best of Arthur Murray Live direct to your inbox.  One email per week, all the best articles, and it all starts when you hit the Subscribe button. 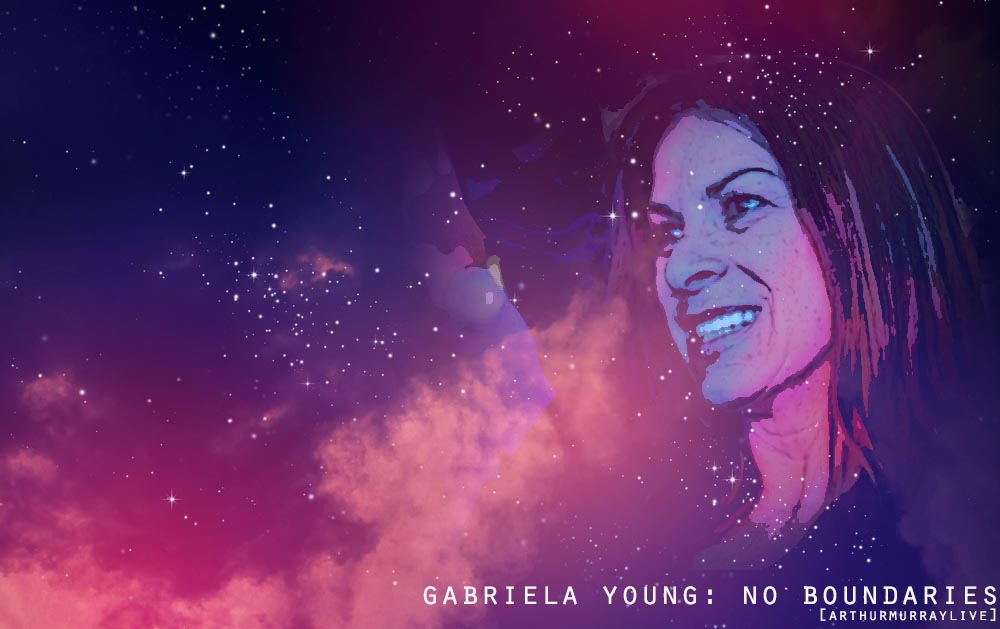