Even a hurricane can't stop this giant.

Gary Edwards, Arthur Murray consultant, ballroom champion, and media personality is joining the panel at the upcoming District Showcase - despite Hurricane Irma trying to stand in his way.

Let's take a moment to learn more about Gary, and his "fabulously fabulous" ballroom dance journey. 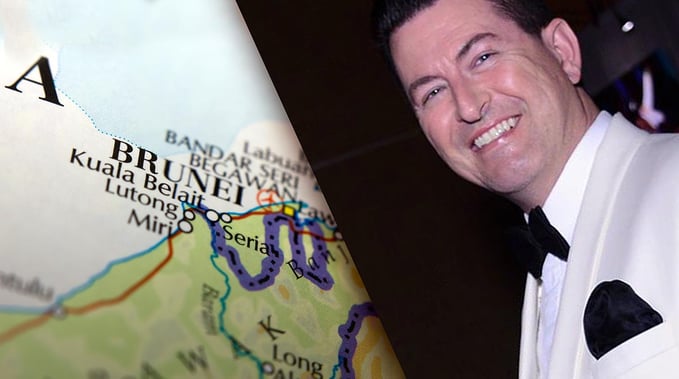 AML:  First things first, we know you just went through Hurricane Irma.  Glad you are doing okay.  How did you manage through that scary event?

GE: I opted to stay in my apartment on Miami beach.  Which meant ignoring the mandatory evacuation order.  One major memory though - it was noisy!  Very, very noisy.  I managed to get some video out through social media though.

AML:  Nice!  So now let's go back to the start of your origins story.  How did you first get started with ballroom dancing?

GE: My mother was responsible for running big dinner dance events in London and I always wanted to join them.  My brother was allowed to go because he could dance.  I decided I would learn so I could not be left home with the babysitter!

AML:  Who were some of the people you looked up to on the dance floor?

GE: That's a difficult one because my personal dance icons and heroes were not necessarily thought of as being the best by the international hierarchy or results.

I didn't particularly love anyone's dancing.  To this day, I look for real dance authenticity.

100% Len Goodman.  I watched Len and Cherry dance a show when I was 9 years old, and said 'I want to be him'.  Which is rather ironic with the current events.

AML:  How did you get the nickname "Ballroom Giant"?

GE: A BBC producer told me I should write a blog, not my style, so I suggested Twitter!  He loved the idea and recommended I use a 'handle' rather than just my name.  He commented that I was a giant in the dance world, and quickly followed up with, 'and you're bloody tall!'

The rest is history. The @ballroomgiant was born.

AML:  For those that are just getting to know you might not realize that you've had a remarkable legacy as an instructor to the stars.  Can you share who a few of your favorite dance students have been over the years?

Most people know me because I taught Michael Jackson to Cha Cha.  I wouldn't necessarily call them students as such, but I was employed by the Sultan of Brunei to teach him and his family.  During my time with them, over five years, I was teaching, and dancing with, Barry White, MC Hammer, Whitney Houston, Shirley Bassey, Janet Jackson, and many more. 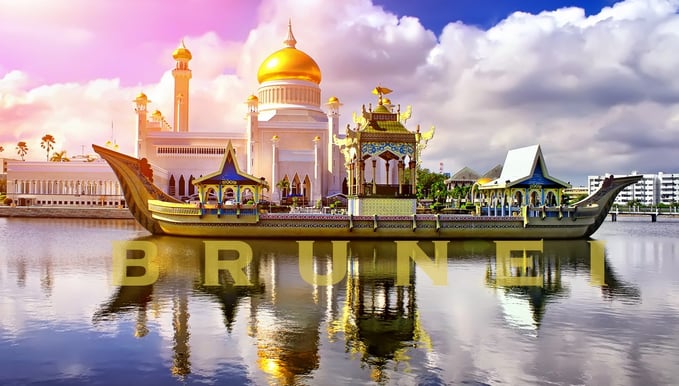 AML:  So how did you come into the employment of the Sultan of Brunei?

GE: Since I was a child, I'd always insisted on dancing as many types of dance as possible.  At my first attempt, I won Blackpool (British Open) in Ballroom and Latin American, in the same week, and in the same year.

I carried on specializing in 10 dance, and taking every opportunity to be on TV or in movies.

I was approached because Brunei wanted a guy to teach all Latin and Ballroom styles, and someone that was a champion.  I was the number one ranked 10 dancer at the time, qualified in 9 styles, and I worked for the British government with top security clearance - so I was born for the job.

I accepted a one month contract, but stayed for over 5 years.

GE: I worked in the United Kingdom Home Office, which is similar to your Homeland security. After a couple of years in Brunei when I stared traveling with the Royal Family to the UK, or the USA, I was also one of their liaisons with the security services.

I built up a great relationship with them.  I mean, who doesn't trust their dance teacher!

AML:  Speaking of Bond, you seem to have an affinity to Mr. 007.  When did that start for you?

GE: Always been a "Bondy".  People used to call me Bond from a young age, around 15.  I guess at that time all dancers had the square, Bond haircut, and I was always in a tux.

GE: The first studio I ever worked in was an AM on Carnaby Street in London.

On returning from Brunei, I started judging world championships representing England. On Bobbie Irvine's suggestion, Mr. John Kimmins approached me and asked me to judge for the USA.  I agreed and I formed a bond with John and the company.

AML:  What was it that made you finally decide it was the right fit for you?

GE: After attending several AM events, I fell in love with the whole family and lifestyle atmosphere.  I then asked why the message wasn't getting out to more people in the general public, and that's when I was asked to help with a new media project for the company.

AML:  What do you wish more people understood about Arthur Murray Dance Studios?

I wish, and will be working on, making sure that the general public know and understand what an amazing family atmosphere and epic lifestyle AM offers.  Internationally, it could be the ultimate holiday club.

I could go on for days.

AML:  Okay, let's talk about the big news you were involved in. You were rumored to be a possible judge on Strictly Come Dancing.  Even though that didn't happen (this time), were there any positives you took from it?

GE: I still work with ABC and Dancing with the Stars.  Strictly made me known nationwide in the UK, and lots of positives came from it - not just for myself, but also for AMI.

I still can't walk down the street in the UK without someone recognizing me.  I was asked to be on two different celebrity shows.... as a celeb!  I found it all very humorous as I see myself as one of the boys, hardly a celeb, or at worst - the guy that didn't get the job.

AML:  We are so glad that it worked out in your busy schedule to join us at our District Showcase.  Any thoughts on joining our judging panel?

GE: Very honored.  AM is such an amazing family and, like the USA, has welcomed me.  I have felt incredible warmth from everyone in the company.  To be asked to judge at a showcase is the same as being invited into someone's home at a holiday celebration - blessed and honored.

AML:  What's next for Gary Edwards?

GE: After the last Embassy Ball, I officially judged my 50th World Championship - including Latin, Ballroom, American Smooth, American Rhythm, Salsa Freestyle, and Rock and Roll at all levels from Pro-Am to Professional.

My focus in now turning to media.

I've turned down lots of TV shows, but if the right one comes along, I will be up for that.  I'm driven by media and promoting the dance lifestyle. TV and movies, all possibilities for me, but my favorite project is the idea of an AM streaming TV channel - planning for over two years now and I believe we are close to starting.

1.  Your favorite meal when you visit London?

2.  Which show has the bigger following - Strictly or DWTS?

GE: Tough one!  I met Roger Moore, I related to him far more, but Sean Connery is Bond for me.

4.  Your thoughts on Adele being rumored to sing another Bond theme?

GE: Great choice.  The Bond themes are a huge part of the overall package, and Adele has everything that is needed.

5. You are incredibly active on social media.  Who is one person that you'd love to have follow you on Twitter? 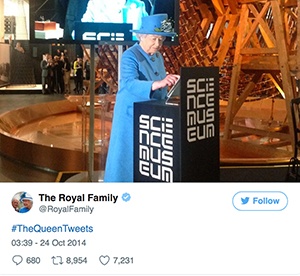 There has been no official word or press announcement of the @RoyalFamily has following @ballroomgiant on Twitter at the time of this posting.

Get connected with Gary on social and follow along as he posts throughout the weekend at the District Showcase.  Use the hashtag #DistrictShowcase2017 to join in the conversation.