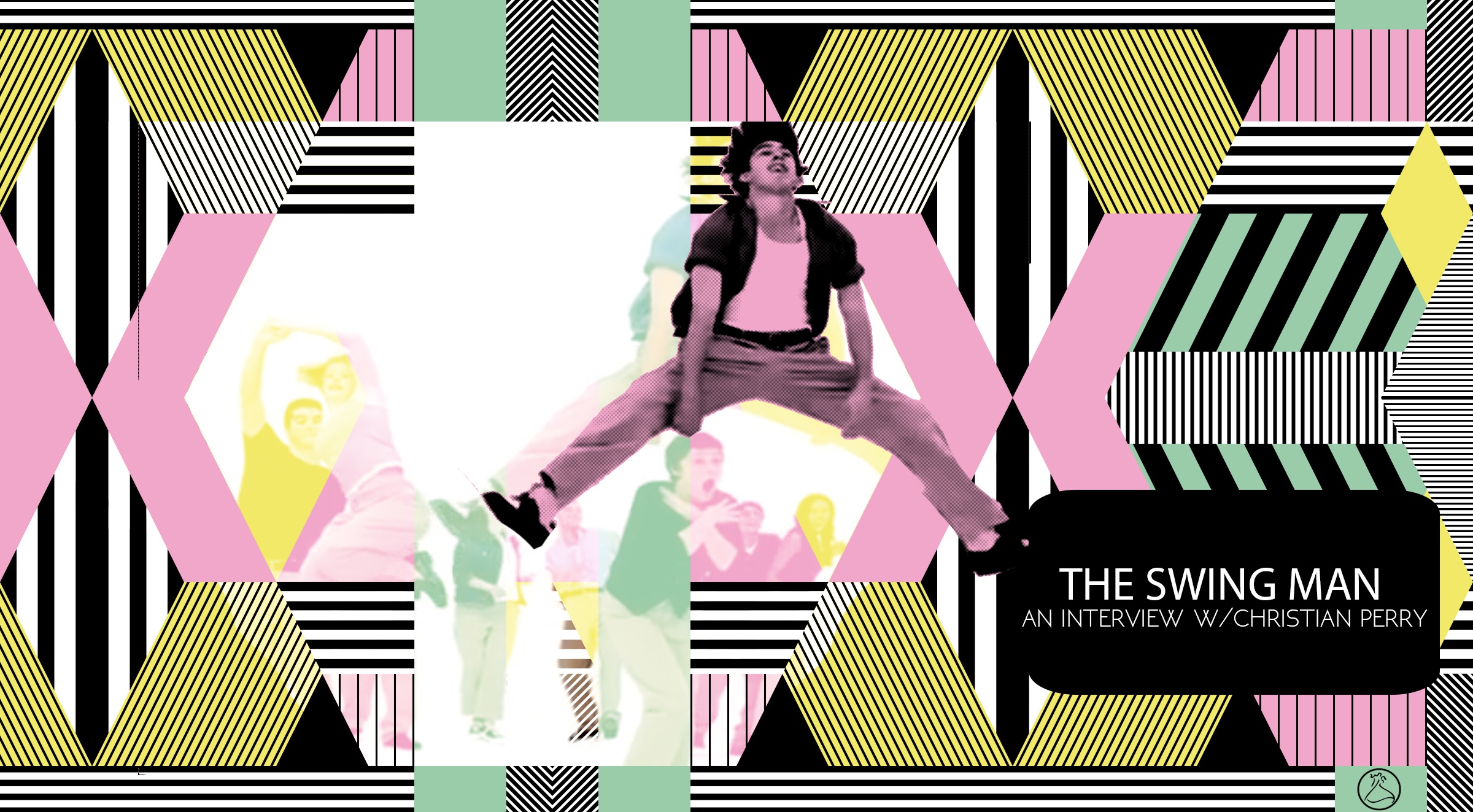 The Swing Man: An interview with Christian Perry

Music can move you.

It can motivate you to the point where you're willing to leap before you look. To move your body and your comfort zone in perfect harmony.  There are those that hear it, those that enjoy it, but a select group will move to it.  The dancers.  They move when the mood strikes them, and that's exactly what Christian Perry did.  He jumped, without fear, and the world got to see him dance. Here's his story. 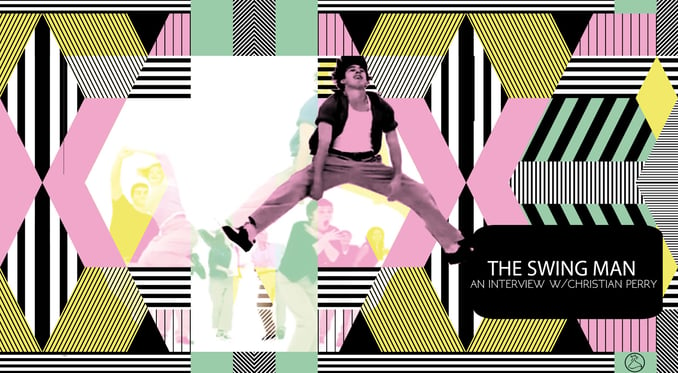 AML: How did you get involved with Swing and Lindy Hop?  What's your origins story?

CP: At age 19, while waiting tables at the Cheesecake Factory, some friends had invited me to a Swing Dance party that some kids were going to teach what they had learned at Arthur Murray. I learned my first steps ever, and immediately choreographed a show with the lightest girl I saw and performed that night. I didn't know what I was doing, but that music got me going.

AML: How did you find your way to Arthur Murray?

CP: I jumped into a swing contest at a local restaurant that had a big band. The guest judges happened to be instructors from Arthur Murray Sherman Oaks. I won a guest special. They tried their best, but after my second lesson, I just couldn't afford it.  The manager said to hang on a second. When she came back, she introduced me to Mario Vitucci, the Franchisee, and he offered me a spot in the training program and I never looked back.

AML: What was the sequence of events that led to the commercial?

CP: I heard about an audition for a swing dancing commercial, without knowing it was for Gap. They actually didn't know I was coming. I crashed the audition. I came with my partner at the time. It didn't matter ...they split is up anyway. I had to dance with a jazz girl that I had to train in the back alley of the audition room as fast as I could.

AML: So you sneak into the audition!  How did you pull that off?

CP: Typically your head shots are submitted and they have them before you show up. They didn't have mine (obviously). Luckily they didn't give me a hard time about it because I looked the part I guess.

AML: Did you, and the rest of the dancers, have any idea just how big this ad would become?

CP: Not at all, the special effects that were used premiered in my commercial. Then you saw it the movie the Matrix shortly after. It was mind blowing. The commercial played for a cycle and then almost a year later was brought back for another cycle.

AML: What was it like working with Matthew Rolston and the team from Gap? 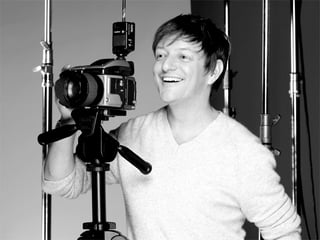 CP: Matthew Rolston was great to work with as well as Travis Payne, the hired Choreographer. They had the wisdom to just let me do my thing. That is what I think lead to the commercial being a success. Most commercials typically have a team of people that don't trust the talent to do what they are best at and water down the potential of the commercial imposing their own ideas.

AML: What was your first reaction to seeing it?

CP: Besides being bombarded by phone calls...I rushed to my house to just turn on the TV and there I was. Even though it wasn't my first commercial I jumped around like it was.

AML: What was the coolest moment for you once the commercial aired?

CP: Being appreciated and recognized as someone who changed and brought culture back to Americas youth.  Named one of the Top Ten commercials of all time by Entertainment Weekly is up there. Performing for the President and the Oscars will always remain some of my best memories.

AML: I'm sure landing that commercial created some other opportunities for you.  What doors did that open for you?

CP: Interestingly enough, I didn't pursue the Swing wave after that commercial. I was in the process of training in Rhythm and Latin at Arthur Murray. The commercial did help me fund my Latin training in England. In less that one year I was in the Finals in Rising Star and Pro International Latin competitions Internationally and Nationally. Fast forward to Dancing with the Stars as a Dancer in Season 2's  Slim Fast Dance Challenge and as a Choreographer until season 8. 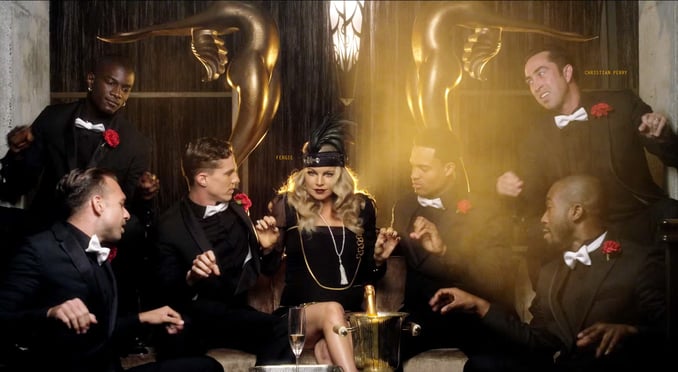 Film and other commercial work came with it sporadically till today. Latest Video I did was Fergie's "A Little Party Never Killed Nobody"

AML: What do you miss most about the late 90's swing revolution?

CP: What I miss the most about those times was living in the 40's while in the 90's.
Dressing the part was what it was all about. There would be a silent rivalry between Los Angeles and the Orange County dancers in not only ability, but Fashion as well. Good times.

AML: How would you summarize your Arthur Murray experience?

CP: Arthur Murray gave me the best interpersonal skills I could ever learn for every business I have been involved with. The Arthur Murray family gave me the best business foundation. Graduating with a Masters Degree taught me a lot, but nothing compared to real world experience that AMI offers. I always preach to new and seasoned instructors to appreciate how privileged they are to be employed at Arthur Murray.

AML: What are you doing now?

CP:  Now I'm a Private Real Estate Developer, an Investment Banker, and a father. I also LOVE moonlighting as a Ballroom consultant and choreographer for Ballroom studios nationwide.

AML: Describe the perfect day in the world of Christian Perry.

2. What is something interesting about you that has nothing to do with dancing?

I come from a family of aviators, enjoy the outdoors, and I have a pilot's license. 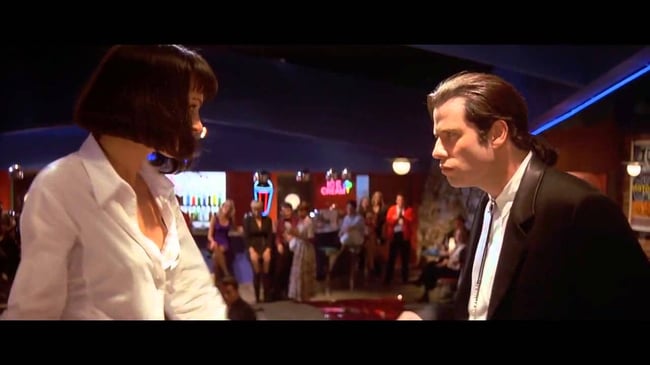 The Gap Swing Commercial inspired countless dancers around the globe.  It took the late 90's Swing revival and turned it into a global phenomenon.  And at the helm, was a guy who won a contest, landed a job, snuck into an audition, and watched his career soar.

All because he decided to jump.