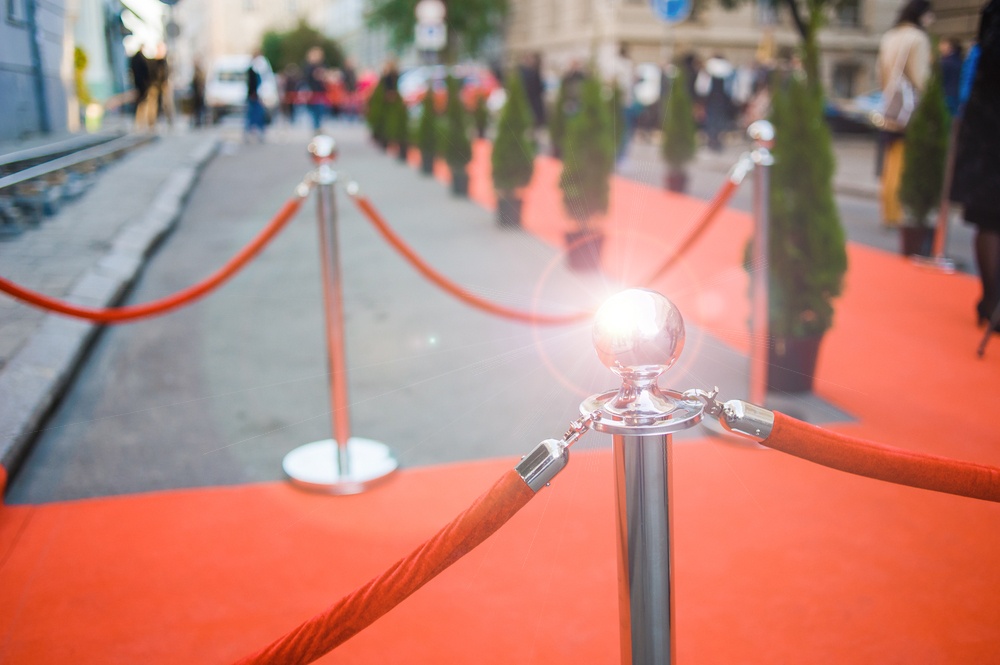 If you're a fan of the Oscars, you know that there's a show before the show.

The Red Carpet features the Hollywood elite and - unless you've been on a media starvation diet - there is a lot of fashion on display.  So, in an effort to better understand the wide variety of Ballroom Dances one can learn, we decided to use Red Carpet outfits to describe the dances available to you.

Brie Larson was the picture of classic elegance at the 2016 Oscars.  In this cobalt blue Gucci gown, the actress carried herself with absolute sophistication in this Red Carpet stunner - despite begin jet lagged after a trip to Vietnam.  It's that kind of poise that makes this dress a perfect symbol of the Waltz.  Her dress, later that evening, was the perfect accessory to her Oscar for Best Actress in the movie, Room.

The Waltz is timeless, this isn't a nod to overcoming jet lag, but it means that this dress would look lovely 50 years in the past and 50 years in the future.  Waltz is exactly that.  As the oldest of all the ballroom dances, the Waltz is rooted in the courting dances in the times of castles and kings, and today it's a dance that makes any dancer feel like royalty.

All three of these actresses are young, featured in Teen Vogue magazine, and exibit the signature characteristics of the Foxtrot.  Daisy Ridley in her vintage inspired dress by Chanel, Priyanka Chopra in Zuhair Murad, and Sophie Turner in Galvan showed the perfect tandem of swanky and sophisticated.

We aren't saying that the Foxtrot is an up and coming Jedi, a famous Bollywood actress, or the pride of Winterfell - it's just a dance that is versatile and dynamic.  It has the sophistication of the Waltz, yet the playfulness of the Swing.  The dance is fashioned after the eclectic jazz standards that are cool in any era, just like these Red carpet looks.

Tango is a giant leap outside of your comfort zone.  The dance is built on a character that is typically a departure from who your are in everyday life.  Kerry Washington is a stunning woman, but with the cut and materials used (leather!), she took a risk and it paid off.  Just like this dress, Tango isn't designed to be practical.  It's designed to make a bold statement, and only to be utilized for big moments on the dance floor.

Coincidentally, this dress could probably double as a Tango costume.  So maybe Washington has been taking some Tango lessons?

Sexy! Right there, in your face, stunning and hot -Charlize Theron was ever-so-Rumba like with her red custom Dior dress. Although the cut of the dress was simple, the effect was exactly the opposite.

Spoiler Alert!  Rumba is a sexy dance.  Like this beautiful red dress, there is no mistaking the intent of the Rumba.  It is built for romance, and is the cornerstone for latin dancing.  For years it has elevated the slow dancing abilities of countless people, and can be utilized for everything from a wedding dance to a quiet moment in your kitchen.

Alicia Vikander was the runaway star of the 2015 movie, Ex Machina.  In the movie, she's essentially a robot.  There was nothing robotic about this fun, pale yellow custom Louis Vuitton gown.  In addition to her work on Ex Machina, this talented, upward trending actress was nominated, and won, for Best Supporting Actress in the movie, The Danish Girl.

Dances like the Swing and Cha-Cha are lively, and are built for any party.  The silhouette and color of Vikander's gown say the same thing.  We're not suggesting that you need a pale yellow custom Louis Vuitton to have a good time at a party, but you can survive any birthday, wedding, or dinner cruise dance party with the Swing and Cha-Cha.

A little Louis would just be a nice bonus.

Often times new ballroom dancers will wonder if they should just reduce the variety of dances to focus on a few. Your lineup of dances should resemble a great walk in closet:  There should be plenty of options.  As a ballroom dancer, any venue provides an opportunity to utilize an array of dances, but that's difficult to do if you're only stocked with one or two choices.  Sure, Albert Einstein is said to have had multiple copies of the same outfit to eliminate any loss of brain cells while picking out his outfits, but then again...

... he never once walked the Red Carpet.