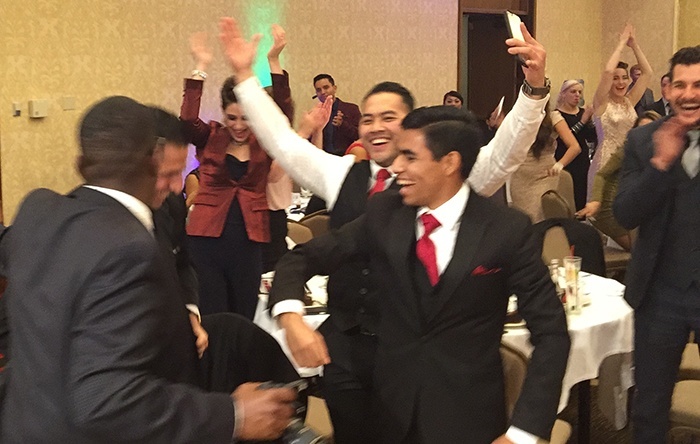 SEATTLE, WASHINGTON - The room went quiet as the announcements were read.  Arthur Murray dance teachers, managers, administrators, and owners waited to hear the results of the George B. Theiss All Star Competition.  At stake, an all expenses paid trip to Las Vegas to compete in the World Championships, to represent an entire region of the organization, and the chance to win cash, prizes, and speaking engagements.

Why This Is A Big Deal

The George B. Theiss All Star Competition centers around the skills of instructors, administrators, and managers.  The professionals are judged on their ability to deliver:

Customer Service, Communication, Dance Instruction, Strategic Ideas, and delivering the "Fun, Quick, and Easy" approach of the AM brand.

This competition is no tiptoe through the tulips.

The professionals compete in preliminary rounds in their home studio, a district quarterfinal for schools within a certain small region, an large region semifinal, and all the way through to the finals at the Championships in Las Vegas. 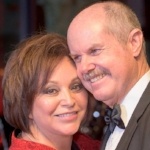 "Training is always a good thing.  When people are motivated to train, it’s even better!" says Steve Platt, a franchisee and contributor to the All Star testing material.  "Competition has always been a motivator and by making the All Star Training into a competition, the staff are so engaged to improve their skills."

The Details Of The Competition

Next up for this pair from Livermore, California is the World Championships in Las Vegas at the Wynn hotel.  The All Star competition is held during the Superama - A worldwide dance student, and professional dance competition for the company.

They will be teaming up with winners from the Northwest division of the United States, known as Area 6.   They will be challenging teams of other winners from areas across the US, Canada, Europe, Japan, South America, and Australia.

Each team is comprised of everyday positions in an AM Dance Studio:  New student specialist, an advanced teacher, a new student director, a Supervisor, an Office Manager.  A rookie, a teacher under 1 year as a professional, finishes out each team.

The collective group, in most cases made up of professionals from all over the map, must band together to form a staff for the final test. 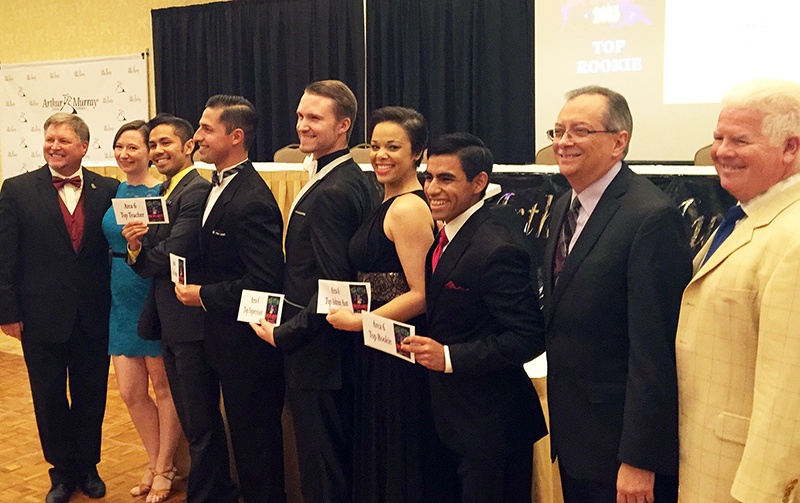 All told, five of the six member team representing will be from the Bay Area, California - Four of them happen to have the same bosses.  Joey Sena, Rene Guerrero, Brienne Thompson, administrative assistant from Redwood City, and Evan Healy, Supervisor from Hayward, all are employed by franchisees - Chris and Daisey Lynam. 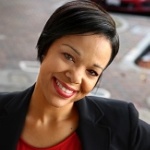 "I don't think of it as an advantage because I don't want us to rest on it or think it will be easier that way, which could put us at a disadvantage. However, because we are from the same Franchisees I know we can find the rhythm faster because we speak the same language" says Thompson.

Arthur Murray International prepares a conference room at the Wynn hotel to serve as an actual dance studio. Each team must work together to get through a series of unfortunate customer service events in the best way possible.

Their students?  The judges. Each regional group will do their best to problem solve, work as a team, and be announced as the Champions of the All Star Competition.

While the competition won't be held until October 17th, Steve Platt shared the real end result of all the hard work.

"The staff learn new techniques and away they go to pass the knowledge onto their students in the way of better teaching and clearer explanations. It’s a win win for everyone!"