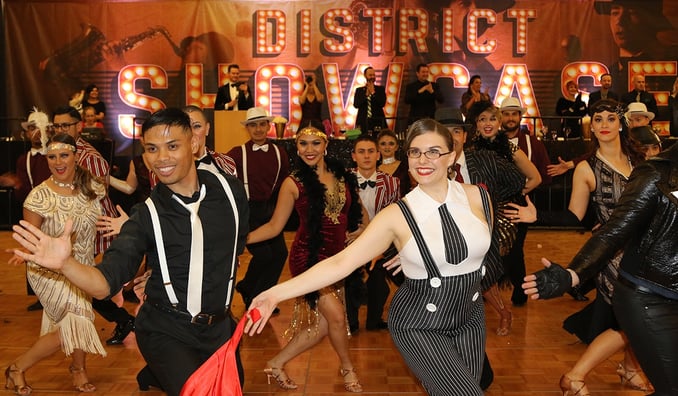 Another smooth and spectacular District Showcase is in the books for the Arthur Murray Dance Studios in Northern California and Nevada.

A total of 15 studios converged on downtown San Jose to create a frenzy of high spirits, great fun, and enough confidence building that it could give the Tony Robbins seminar - held down the street at the SAP Center - a run for its money.

What is the District Showcase?

This event began as a single day combined showcase for the Arthur Murray studios from the Bay Area and Sacramento.  The day would include freestyle dances, solo routines, a teams match and featured floorshow.  This 1000 entry, or less, event would run until 1 AM.

Today, this same event has added ten studios, a second day, and about 9000 more entries.

All in all, the event is designed to build confidence and practical application of a student's dance skills.  It's also a fantastic way for students of all age groups, levels, and interests to support one another as part of a broader community. 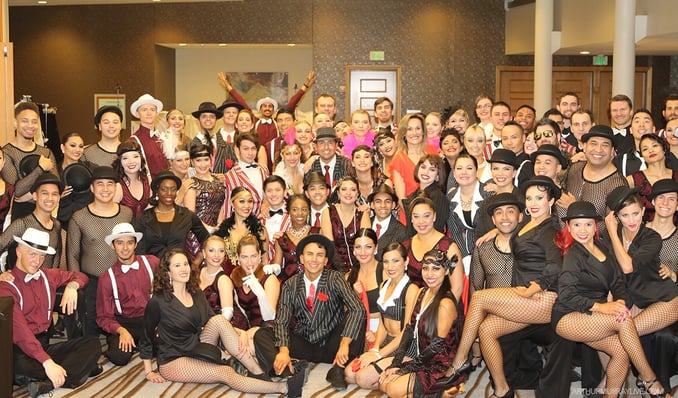 This Spring event featured the theme "Chicago," drawing inspiration from the hit Broadway musical.  After a full day of dancing on Saturday, the students dressed in mobster attire and were treated to another jaw-dropping production number by over 75 professionals in attendance.

Choreographed by Tonia Kosovich, this has been an extraordinary addition to the event for, now, three consecutive showcases - all starting with the La La Land performance in 2017.

The performance brought the crowd to their feet and was followed by a fantastic, and touching, floorshow by Drew Miller and Krista Humphrey from Southern California. 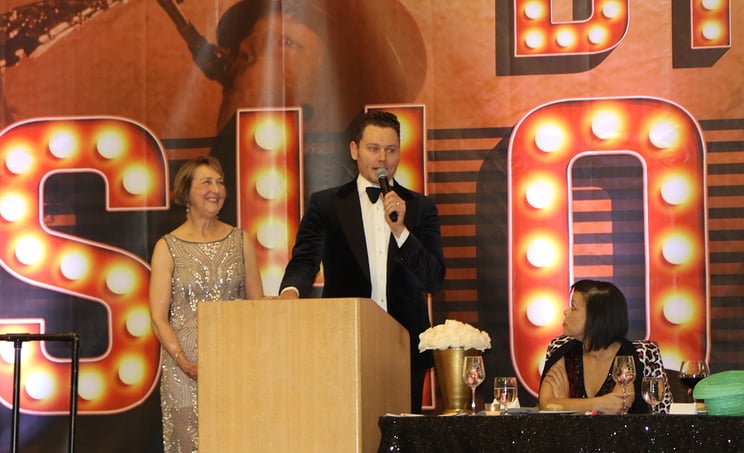 Year Two with the Alzheimer's Association

It was this same event, last year in 2017, where the participating Arthur Murray District Showcase studios would team with the Alzheimer's Association to help fight against the disease.

That announcement resulted in over 11,000 in donations and served as the launch point for a fantastic fundraising effort totaling in 50,000 raised.

This year, the partnership has changed.  As of January of 2018, Arthur Murray International agreed to become global partners with the Alzheimer's Association.  With the mission of bringing all 280 AM studios on board to help end Alzheimer's.

Saturday night, the judging panel pitched in to support the second annual "General Dancing with the Stars" where students pledge to the Alzheimer's Association in exchange for time on the dance floor with the dance consultants.

The top donor was Patrick Ranoa from Arthur Murray Fremont.  As a special prize, he danced a solo Rumba and Salsa with the judge of his choice, Gabriela Young.  To top it off, it was his birthday - but his support for this charity was the real gift.

We would love your support in our fight against Alzheimer's.  Join or donate to our Arthur Murray team today. 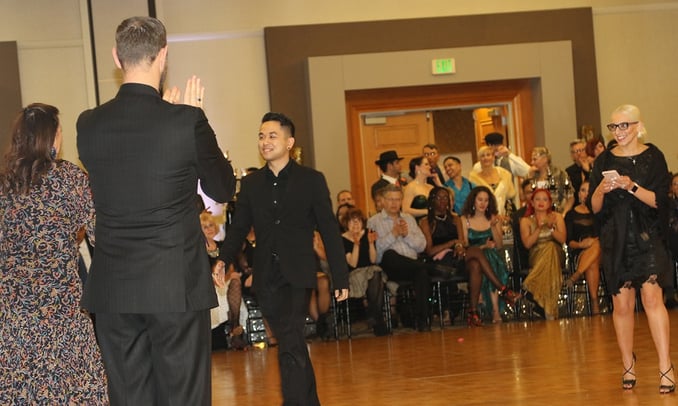 In addition, Paolo Maniquis, also from Arthur Murray Millbrae, took home the Top Male instructor award for the first time at this event. 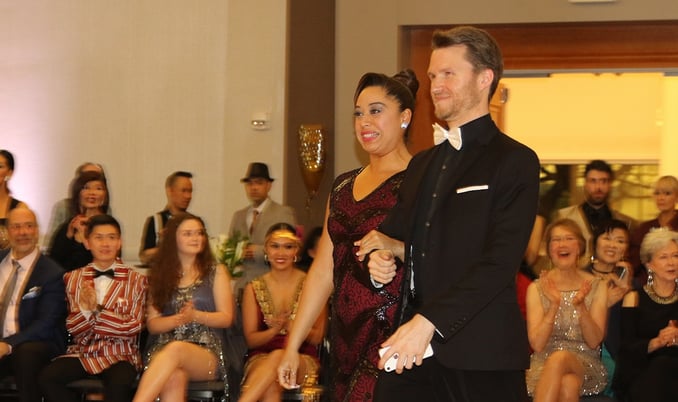 In the Top Female Instructor category, it was Wendy Lopez from Arthur Murray Hayward, a mainstay as an award winner in this category.

For all the students that attended, the real win with an event like this materializes in different ways.

1.  The Preparation - Students and teachers pour it on in preparation for an event like this.  Because of this approach, dance progress accelerates exponentially.

2. The Confidence - Sometimes, often times, okay... every time, we need proof of progress.  Nothing could be clearer than experiencing the adrenaline pumping nerves and anticipation at the beginning of a showcase, then systematically thawing that out over two days.  The result is a level of confidence that serves as physiological proof to you, the most important judge you'll ever need to convince.

3.  The Feedback - Every Arthur Murray event is designed to help both students, and teachers, continue to progress.  Following the event, an Arthur Murray consultant will give feedback from their vantage point on your dancing.  In addition, the feedback you receive from your teacher will be an additional asset to guiding the strategy moving forward.

But the most important feedback is from you.  As listed above on #2, experiencing the confident dance version of you helps you to see the big picture of why your teacher would recommend something as crazy like this to begin with.

There are two big District Events remaining on the schedule for 2018:

All the Northern California students and teachers converge for a day long camp in a variety of styles and levels with Daniele Scalise and Alla Andriushchenko.

*This was the original date but it was mistakenly labeled for the 9th.  Apologies for any inconvenience. 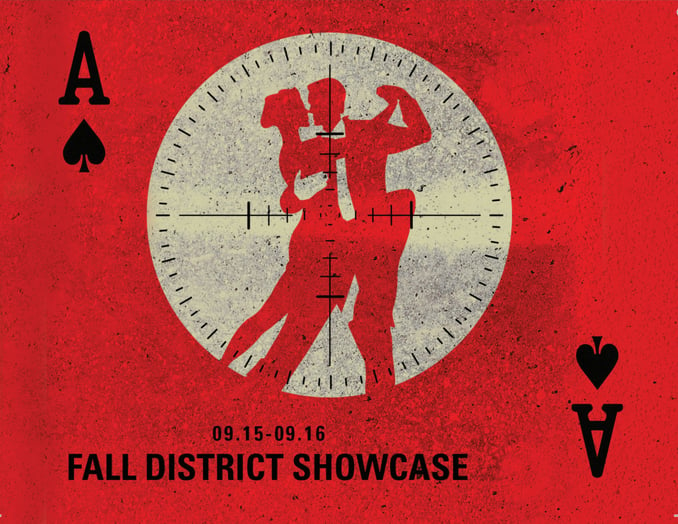 Whether you call this event the District Showcase sequel, the Fall Showcase, or "My next showcase", all you'll need to remember is this:

That's right, for the first time in this event's history, it will have a James Bond theme.  So you can expect the Saturday night dinner and show to include some spectacular decor, a floorshow set to the best James Bond music, and an excuse to dress like some of the most elegant characters on the silver screen.

Want to make your dance teacher cry tears of joy? Become an Arthur Murray Live subscriber.  It's like having a digital dance coach in your inbox every Monday.