While dancers of all styles are preparing to celebrate the dance holiday on July 30th, billions of Pokemon Go users are scouring the streets of every city in the world searching for characters like Magmar, Sandshrew, and Vaporeon. So what could happen when these two worlds come together?

Here is a wish list of what we hope will take place. 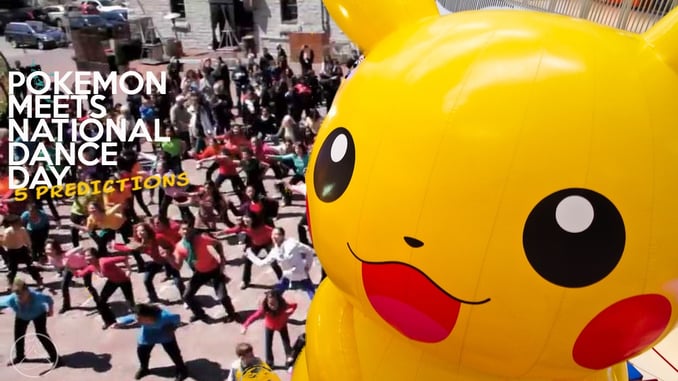 AR stands for Augmented Reality.  This is how the Poke-players can see the Poke-characters through their Poke-mobile-devices.  On NDD, we predict that ballroom dance studios will utilize AR Functionality so dancers can see the entire pattern of their moves so they won't forget.  The only downside is that many of them prefer will prefer their digital Pokemon characters as dance partners.

The NDD modification will include some variations on existing rules:

Popular dance celebrities will receive their own Poke-characters.  Here are a few of the notables:

Twitch, from SYTYCD, will take the place of Machoke.  His character will constantly transform from a nerdy guy to a super fit breakdancer when there is Krump music playing.

The Jabbawockeez, from America's Best Dance Crew, will take the place of the three headed dragon character, Hydreigon, and you can find it at their show in Las Vegas. 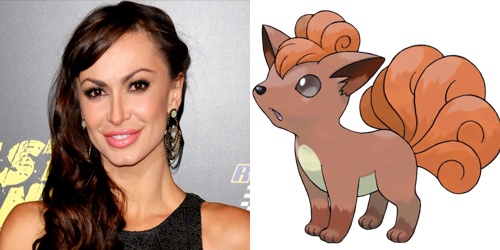 Karina Smirnoff, from Dancing with the Stars, will take the place of Vulpix. Her character will lock eyes, and hypnotize you.  We tested this and Karina said not to tell you anything else. 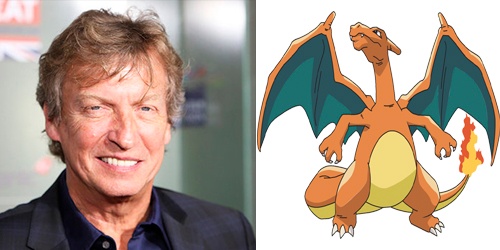 Nigel Lythgoe, the founder of National Dance Day, takes the place of the Charizard. This tap dancing dragon character is the boss of all bosses, and a fitting character for the guy who started this dance holiday.

We predict that while a huge "NappyTabs" Flash Mob erupts in a popular outdoor mall in Southern California, hundreds of PokeGo players spot Pikachu.  While normally this would create a stampede of distracted Poke-players toppling over anything in their path, they notice something.

He can only be caught by players that match his dance moves. The Poke players pair up with the dancers and share their mobile screens. The moves are learned, Pikachu is caught, and there is much rejoicing.

While PokemonGo adds users by the millions, there have been a few issues with the servers (shocking, right?).  Lythgoe and the Nintendo brain trust develop a Dance Party Break during any routine server maintenance. The cities with the greatest number of active dance parties will have their service restored first.

With frequency of Dance Party Breaks popping up across the globe, National Dance Day becomes a daily activity.  Crime goes down, smiling goes up, and fitness levels skyrocket. Nigel Lythgoe declines a seat on Nintendo's board in favor of a Knighthood by the Queen, a Nobel Peace Prize, and a pair of diamond encrusted tap shoes by an unknown donor.

OK, so maybe all of these things won't happen, but here are some things that will.  NDD is on July 30th - that's the last Saturday in July.  If there's one thing that both the NDD and PokeGo have in common it is this:  Movement.  Whether you're a ballroom, tap, jazz, ballet, or breakdancer - you are moving your body, enjoying yourself, and positively changing your physiology.  Poke players are doing the same thing.  They are moving, burning calories, and, as long as they aren't walking into traffic, having a great time.