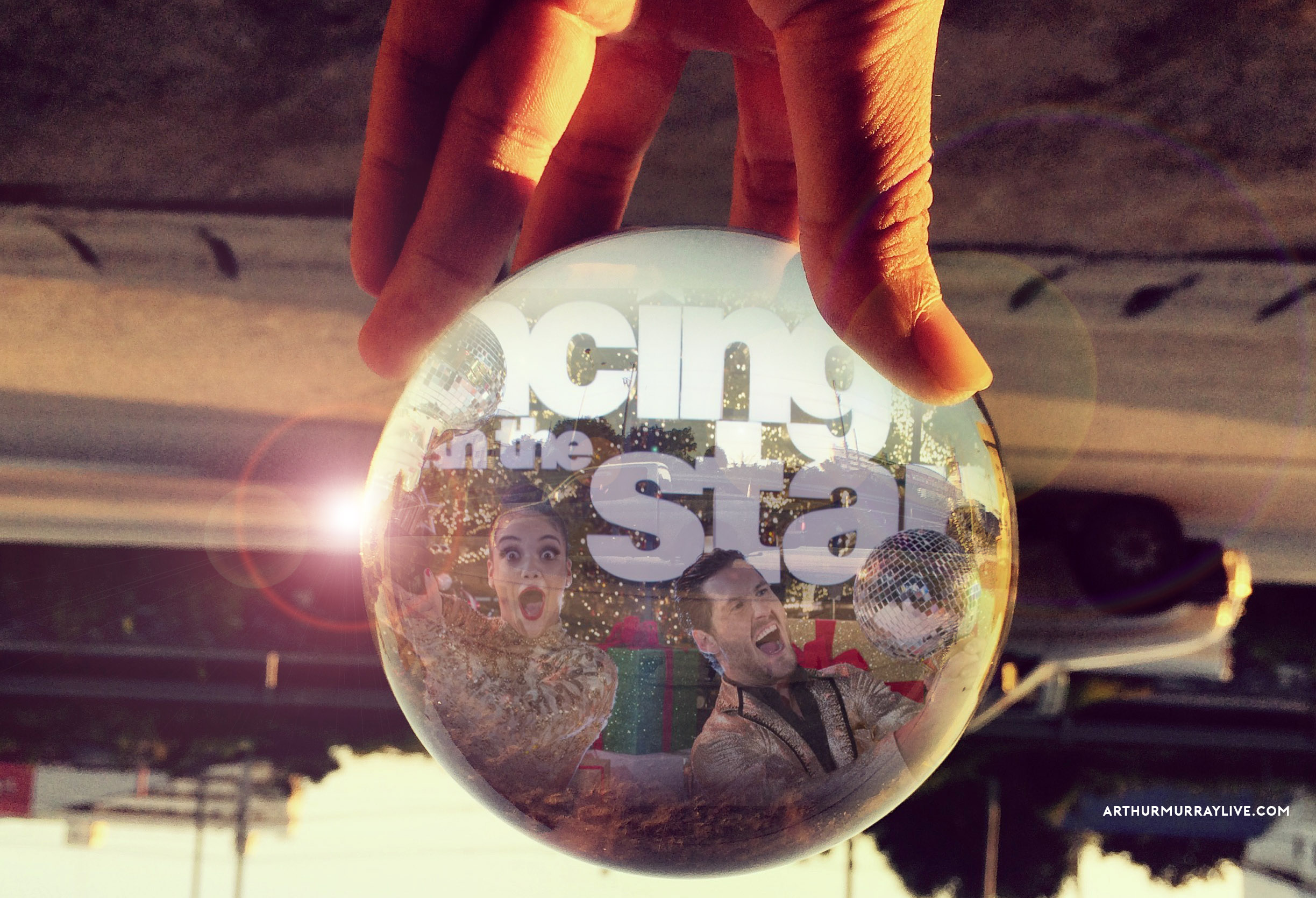 Grading Our Predictions on DWTS Season 23 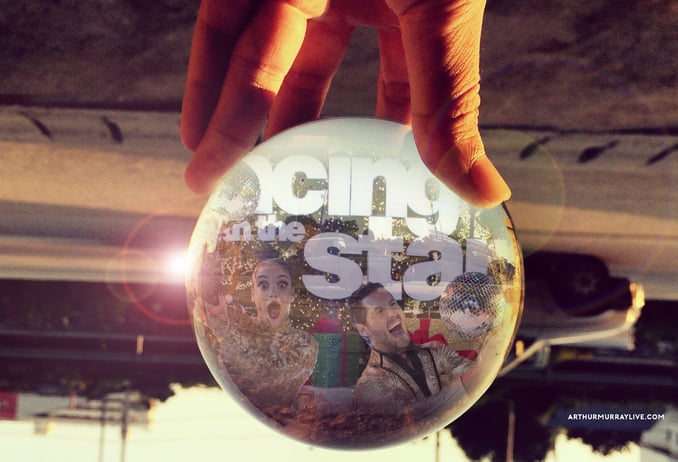 Grading Our Dancing With the Stars 23 Predictions

Anyone else in Dancing with the Stars withdrawal?

Not to worry, we decided to take a Foxtrot stroll down memory lane to grade just how well we did at our Season 23 Preview and Predictions.  Granted, Laurie Hernandez winning was about as surprising as disgruntled shoppers on Black Friday, but nevertheless - it was a great season with plenty of surprises and accomplishments.

We've broken down our predictions into three categories:

3. Predictions We Are Ashamed Of - "Missed It"

Dancing with the Stars 23 Predictions We Nailed

"Laurie is young, strong, and excited.  The training she went through for the US Olympic team will prepare her for the quick turnaround from week to week and dance to dance on the show.  Valentin and Laurie are both young, athletic, and willing to take risks."

Did Laurie show that she's a hard worker?  Yes.

Did Laurie's ability as a physically gifted, hard working, electric personality cause some people to lose interest in speculating on who might win the mirrorball trophy?  Yes. 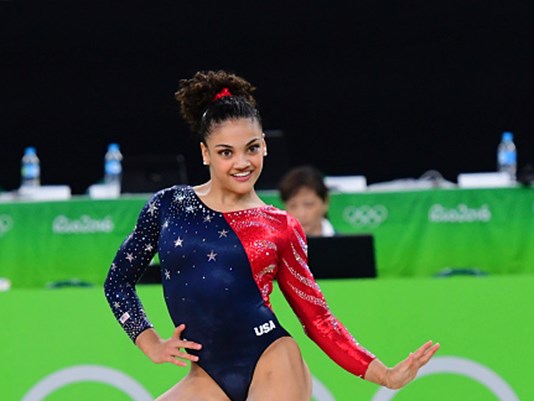 Laurie Hernandez Before the Show

In a sport that has just as many severe faces as bright and expressive ones - Hernandez was the one that seemed to possess the most charisma, as mentioned by Carolina Cruz of King NBC:

"Hernandez is being called the 'human emoji" and " baby Shakira" due to her facials during competitions and her bubbly personality." 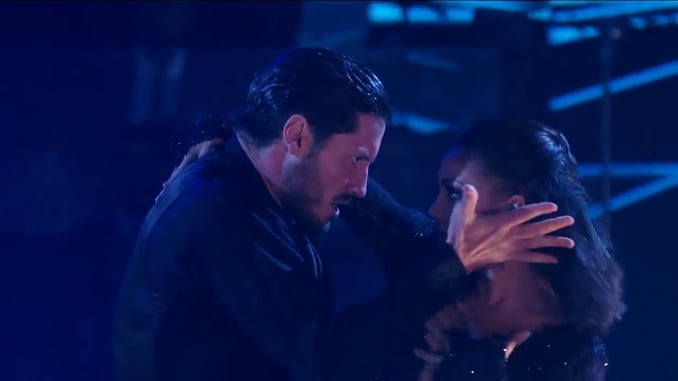 Okay, so predicting that Laurie would win is about as impressive as predicting it will rain in Seattle (it will, by the way), but let's look at why she won.

Le'ts just clear something up - Laurie couldn't have won just because she's an Olympic athlete.  It takes hard work, total commitment to the training, and charisma to sell the final product.  While she came in as a physical talent - she had to put the work in.

Bottom Line: You can't "Olympic" your way into being a skilled ballroom dancer.

Just like Michael Jordan couldn't "Jordan" his way into being an awesome baseball player, or Christina Aguilera couldn't "Christina" her way into a better acting career.

Crossing over from one skill set to another takes an incredible amount of work.

Laurie just happened to have the drive, work ethic, and purpose to do that successfully.  Which, unfortunately, seems to send the message that she could have won without trying.

"Henner will be 65 next year, but she keeps herself in incredible shape, and looks like she could outwork anyone half her age.  While the season will only enhance her fitness, look for Henner and Hough to wow the audience by what she can accomplish for someone, technically, on the doorstep of being a senior citizen."

Did Marilu Henner perform better than people nearly half her age?  Yes.

Did she have some wow moments this season?   Yes.

Was she a legitimate contender for the finals?  Yes.

For amateur and professional competitive dancers, familiarity is incredibly important.  If you're familiar with the competition, the hotel it's in, or the format of the event - you're eliminating stress, even if it's unintentional.

Marilu Henner may have been on Dancing with the Stars for the first time in season 23, but you'd never guess it based on how she carried herself.

As a big time fan of the show, you can bet she'd mentally walked through the process, most likely imagining someone like Derek as her instructor, and to put it simply:  She knew the drill.

She came out to a strong start, and looked like the only non-Olympic gymnast that could possibly hold the trophy.  (This author even picked her in a Fantasy Dancing with the Stars 23 Draft which you can see here).

Toward the end she lost steam, like a nail in her confidence tire that only leaks it in indiscernible amounts.  On any other season, paired up with the "Talented Mr. Hough", she'd be a lock for the finals.

Nevertheless, she was a contestant that inspired anyone depressed about their next "big birthday".

"Hinchcliffe is a star within his own sport, but that doesn't make him a household name... at least, not yet.  We're betting that he'll have some extra endorsement deals and some serious dance skills, even before the checkered flag is waved."

Did James Hinchcliffe lock up some major endorsement deals?  If you count Julianne Hough endorsing him as the best male dancer ever in the history of the show - then Yes.

Writing this, after seeing the man dance one routine, has us patting ourselves on the back for this prediction.  Then again, you can safely file this under the category of:

Hinchcliffe and Burgess, to a vast majority of viewers, should have been the winners of Season 23. We even shared why we thought Hinchcliffe could win it all during finals week.  But alas, he was the runner up, but you can bet that any male celebrity that takes the Dancing with the Stars floor will try their best to follow the trail blazed by this race driver turned dance dynamo.

Questionable Dancing with the Stars 23 Predictions

"Bottom line, you can't teach height, or striking good looks, but let's just hope Maks can teach her to dance, and hopefully he won't be on the receiving end of an Amber Rose twitter attack. "

So, about that dancing part.

Let's be honest, this was a beautiful, but tough, assignment for Maks.  If this series had been a year long, where we could watch in time lapse - Rose would definitely look great on the dance floor, and Maks would have grey hair.

Dancing with the Stars 23 Predictions We Missed

"But while many of the 80's and 90's rappers have faded from the spotlight, Ice has been able to spin his music success into a series of smart moves including real estate and reality TV.  Bottom line, the guy is a survivor and he projects to have a ton of upside this season."

The term "upside" may have lost some of its value with this quote.

Granted, Vanilla Ice did beat that Texas Governor, and that young kid from the Disney Channel, but after that reenactment of Ice Ice Baby, and there were some ballroom and Latin dances to learn - Mr. Ice did not show much upside, let alone "a ton".

"Every kid from the talent factory which is the Disney Channel eventually needs to pivot to something more mature.  Austin picked a great way to do that, and the producers picked a great partner for him to do that with in Johnson.  This Disney alum has loads of potential to make a solid run through Season 23. " 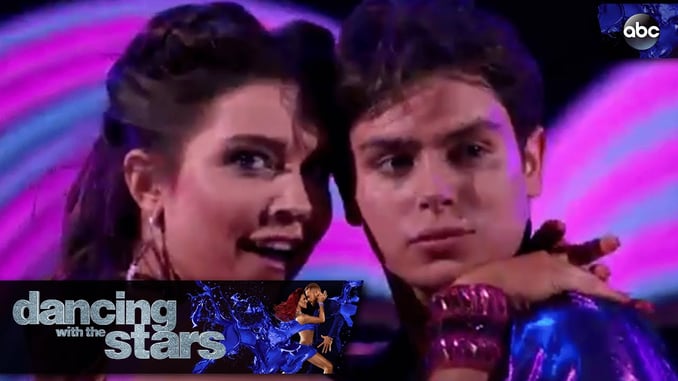 Alas, it wasn't in the cards for Austin.  Being the first to go in the competition did have a small benefit - Jenna Johnson was ready and available when Sharna Burgess went out with an injury to fill in with James Hinchcliffe.

Johnson could have played football another 5 years.  He has been nothing but dominant in his career, and many fans, even outside of Detroit, were sad to see him go.  Dancing with the Stars gives the public a chance to see him every week, even if it is trading his helmet and pads for a latin shirt and dance shoes.

Prediction:  Middle of the pack

"Middle of the pack". 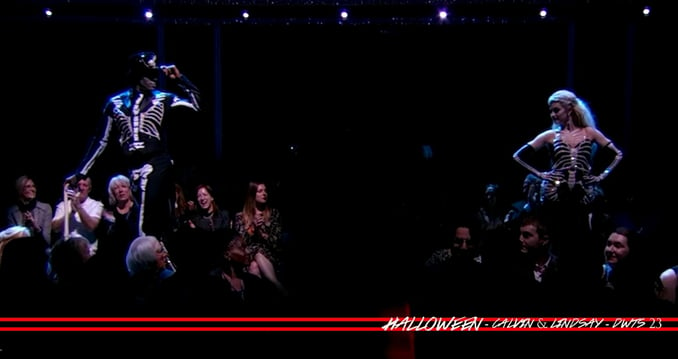 Had it not been for a guy named Hinchcliffe, there would have been many more male dancer superlatives thrown Calvin's way.   Due to this, he was able to deftly sneak under the radar.  Like outwitting so many defensive backs as a member of the Detroit Lions, only to show up as he catches the pass over them in the endzone.

There's nothing "middle of the pack" about Calvin Johnson's game - on or off the dance floor. 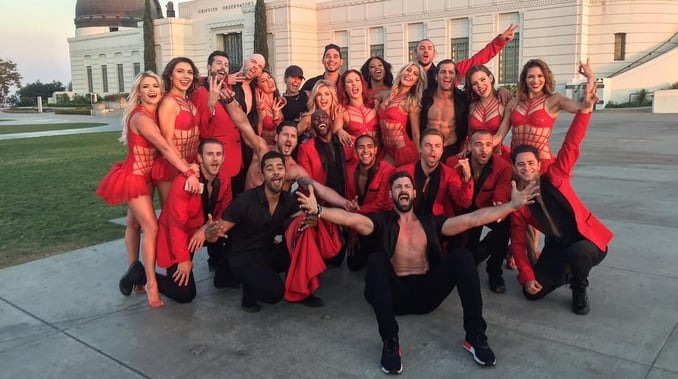 You may have a favorite celebrity, a favorite season, or a favorite routine - but you've got to admit that Season 23 raised the bar for the dance standard on the show.  Each week the dancers looked prepared, the production value was unbelievable, and the voting decisions played out in a fair and expected way.

This entire season was like a well rehearsed dance routine.  Sure, there was that one minor hiccup when protesters stormed the dance floor, but the show recovered, like you'd expect a 23 season veteran TV show should.

As you're reading this, there's probably a team of creative people at ABC doing what most dance teachers do after a performance - they're planning the next show.  Like a great routine, the viewers see the product of several hundred hidden hours of rehearsal.

Here's the entire ArthurMurrayLive.com collection of Dancing with the Stars Season 23 articles!

We want to thank you for reading, sharing, liking, pinning, tweeting, and commenting on our DWTS content this season.  Don't worry, we miss the show just as much as you do, and you can expect plenty of coverage of Season 24 in the near future.  As a token of our gratitude we've includued one of our most popular infographics for you to download:

31 Things Dance Judges Want to See You Do 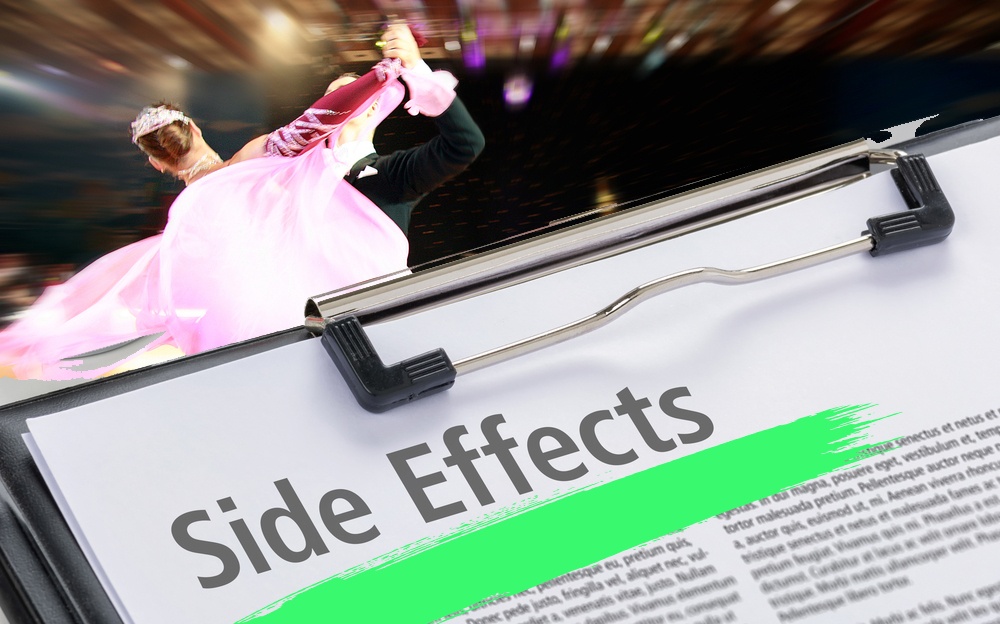 Ballroom Dancing Causes These 13 Unexpected Side Effects
By Chris Lynam 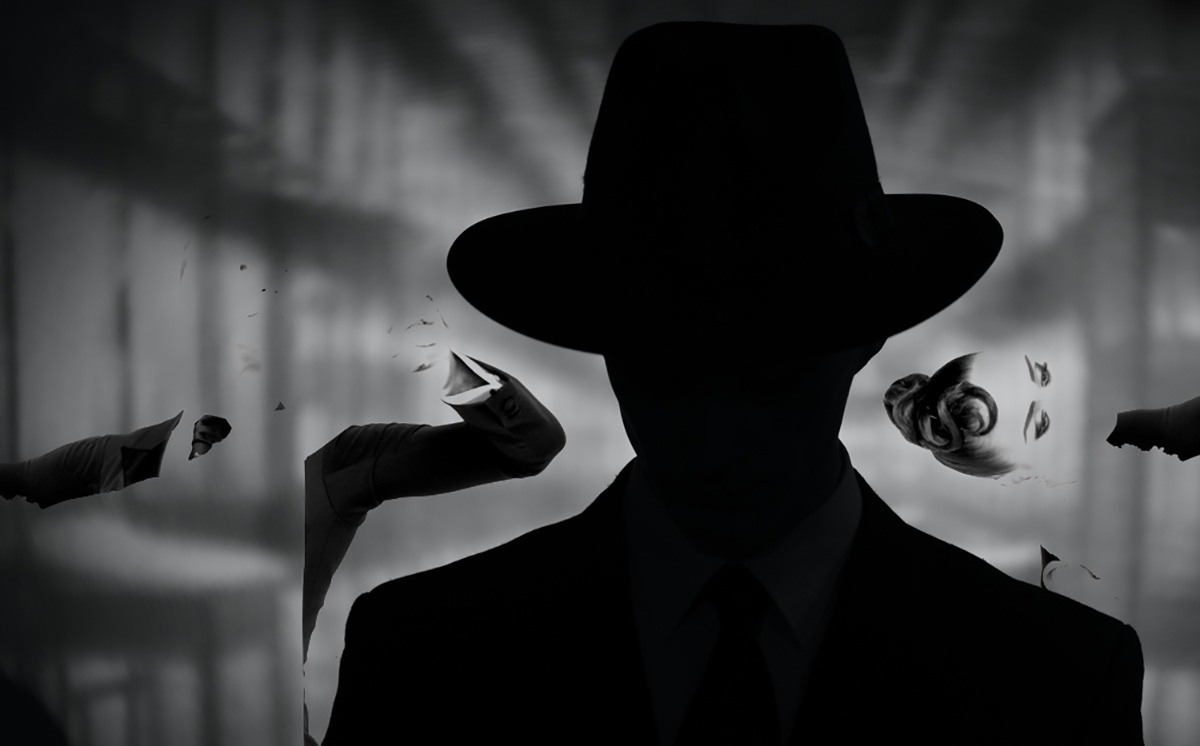 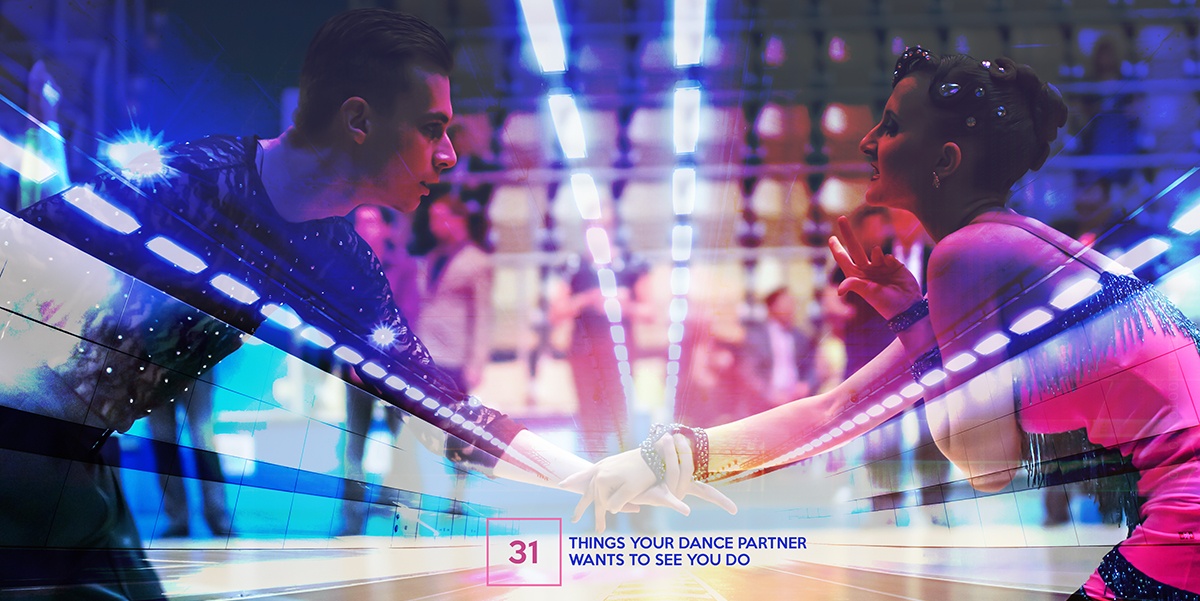