5 Work Friendly Social Dances That Won't Get You Fired

It's Office Party season, and with that comes everything from a sly look towards the community copy machine to an occasional drunken rant that is later spoken of in hushed, HR-is-listening, tones.

This is the part of the article where we urge you to take social dance lessons, how it will land you that promotion, lower your bar tab, and change your placement in the company hierarchy.

This may all be true, but there's an inconvenient truth in all of this:

Dancing can be risky at an office party.

5 Work Friendly Social Dances that Won't Get You Fired

As buzzworthy as it would be to see a mid-level manager knee sliding into the party like Patrick Swayze, getting your Dirty Dancing grind-on will have you sliding through a never before seen trap door to Human Resources. 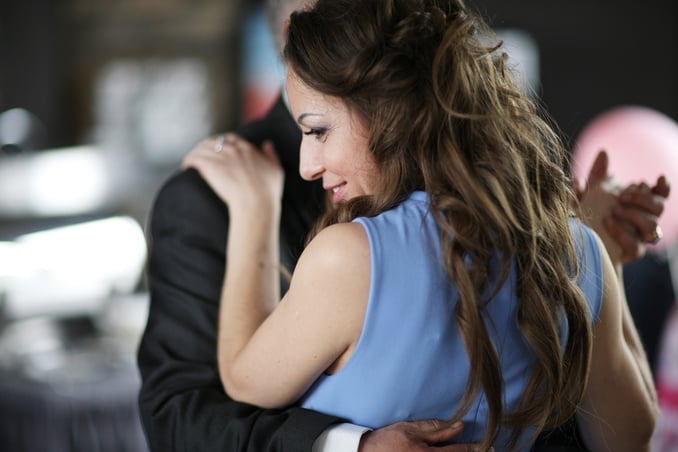 Dance to Try Instead :  Rumba

This dance can be customized to the end user.  Meaning - dialed down, you can dance the Rumba in a way that would be safe for your boss, or your Mother.  While for your more romantically interested partners, you can dial up the intensity.

Slow music.  Think of this as the permanent replacement for the high school slow dance, bear hug, sad sway of misery, whatever you call it.  Rumba is the upgrade that adds structure, class, and a tempo comfortable enough to carry on the conversation of your choosing.

This is not an indictment on Cha Cha dancing and everything it has to offer, but as a first impression with a novice dancer this may be a little more trouble than its worth.  True, Cha Cha is a great social dance to know, but it does require some dance experience to be enjoyed - and the last thing you want is to out-dance, confuse, or frustrate someone as important as your boss, your colleague, or your date.

Note:  If you are dancing with an experienced social dancer, Cha Cha is an absolute win on the dance floor. 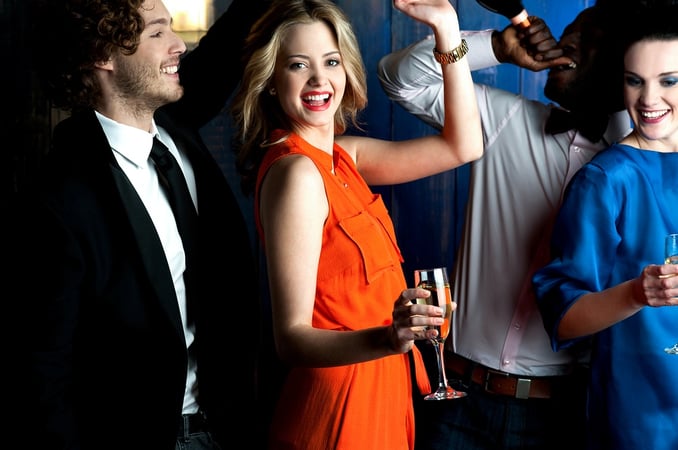 Dance To Try Instead:  Merengue

If you're looking for a nice and easy alternative to Cha Cha, this would be the dance.  Merengue is a dance that even non-dancers can get uploaded and using almost immediately.  The sooner you get things up and moving, the sooner you separate yourself from the crowd of non-dancers at the bar.

Upbeat music from something you'd expect on a cruise or Salsa Club, or bass pumping electronic dance music where most people usually stand around and gyrate.

Dance To Avoid:  Anything Miley Cyrus Has Ever Done

Sometimes all it takes is a little shindig to reveal the wild cage dancer in someone.  We strongly encourage you, for employment's sake, that you don't consider your office party as that type of shindig.

Dance To Try Instead:  Swing

The Swing is an all purpose party dance that is as versatile as a great pair of jeans.  Whether the DJ is playing Rock, Pop, or R&B - Swing says you're both fun but with that old school sophistication. All the Party in the USA Miley vibes you may feel can be easily replaced with this all American fun dance.

Anything from Springsteen to Elvis, Louis Jordan to Louis Prima - Swing fits every style of party music since dance parties started including jazz, rock, and dance music.

Insert any popular nightclub dance, add an "ish" to the end, and you've got a way of explaining someone's alcohol induced poor dance decision making.  Social dancing, like Salsa, isn't something you can watch once and reproduce like, say, the robot.  But let's be honest, even that can be "robot-ish" with enough booze.

Dance to Try Instead:  Salsa

Learning the Salsa looks and feels a lot better than someone who has seen it before.  Your boss doesn't want to dance with someone that's just pretending to know what they are doing, or "I got this job because I saw someone in a movie do the same thing".  Take some lessons, and do it the right way - boss, or no boss, you owe it to yourself not to be "Salsa-ish".

While you can make Salsa fit to different types of music, this dance style has become so incredibly popular that you can expect a hip boss (like yours) to have some legit Salsa music playing at the next company party.

So, let's say you do take dance lessons, maybe you're even a competitive dancer, but let's get one thing straight:  Unless you happen to work on a little TV Show called ABC's Dancing with the Stars, there's no room for Quickstep at your Office Party with or without your boss hanging on for dear life. 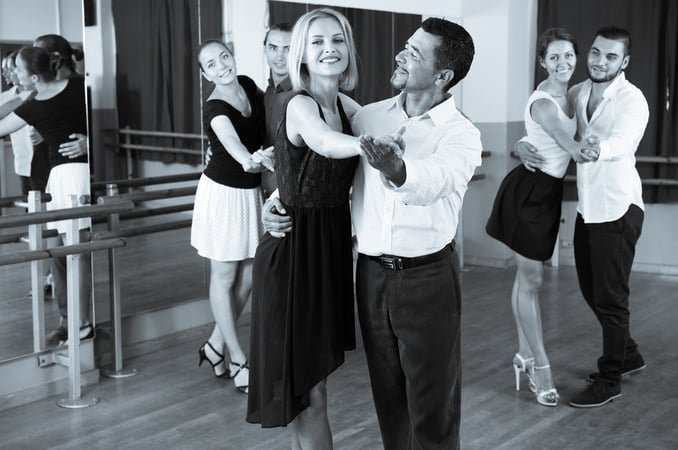 Dance to Try Instead:  Foxtrot

Simply put, the Foxtrot is the swiss army knife dance for weddings and office parties.  It's slow enough to engage in a conversation about the nuances of that Second Quarter keynote your boss executed, all while cruising comfortably around the dance floor to a variety of swanky music.

In many office party environments there's some mood music, then there's some thumping party music, and holiday music - depending on the time of year.  Plan on deploying your Foxtrot during any swanky mood music.  This is also a great way to ensure plenty more room on the dance floor. 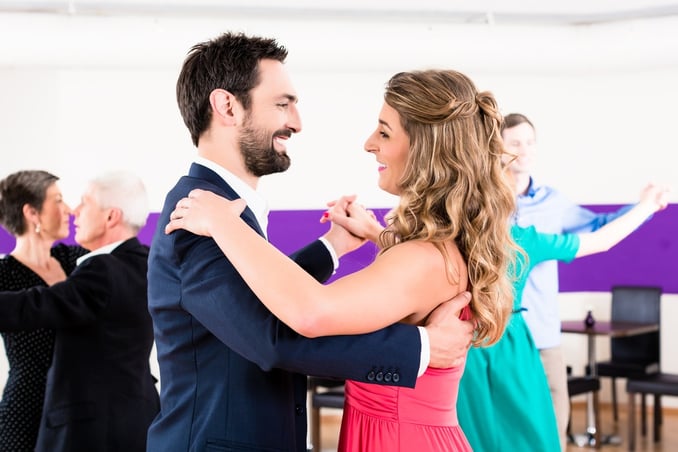 Aside from the particulars, the do's and dont's of social dancing at an office party, the most important factor to remember is, plain and simply, dancing.

The biggest, most perplexing, dance problem for most people isn't "which dance should I do to this song?", it's usually "Do I have to dance at this party?"

For those that haven't learned how to dance, dance situations always seem to pop up, like some unwanted work evaluation.

For those that have learned how to dance, they seek out dancing.  The hunt for it.  It's the employee that's done stellar work, and is looking forward to that company review.

If there is one, singular nugget of information you take from this article - choose dancing.

This information does not guarantee that bosses like Elon Musk, Gary Vaynerchuk, or Mark Cuban will agree to dance with you, give you a promotion, or let you hold the clicker in their next PowerPoint.

Hopefully, this is the start of Office Parties, Wedding Receptions, and Dance-Related events you can seek out and look forward to.

A goal is just future regret until you take action.  We hope this article inspired you to do just that.  Spend 45 minutes of your time and we know you'll discover something that will positively impact your life. 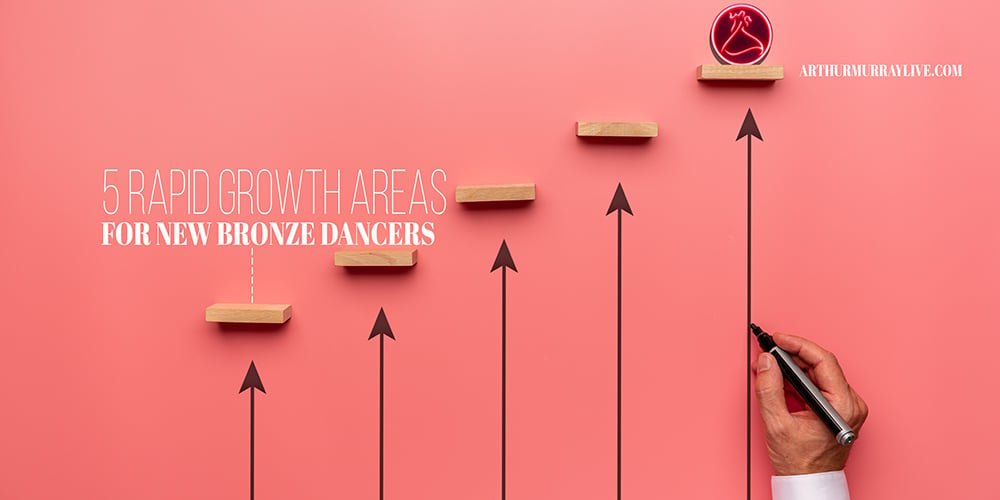 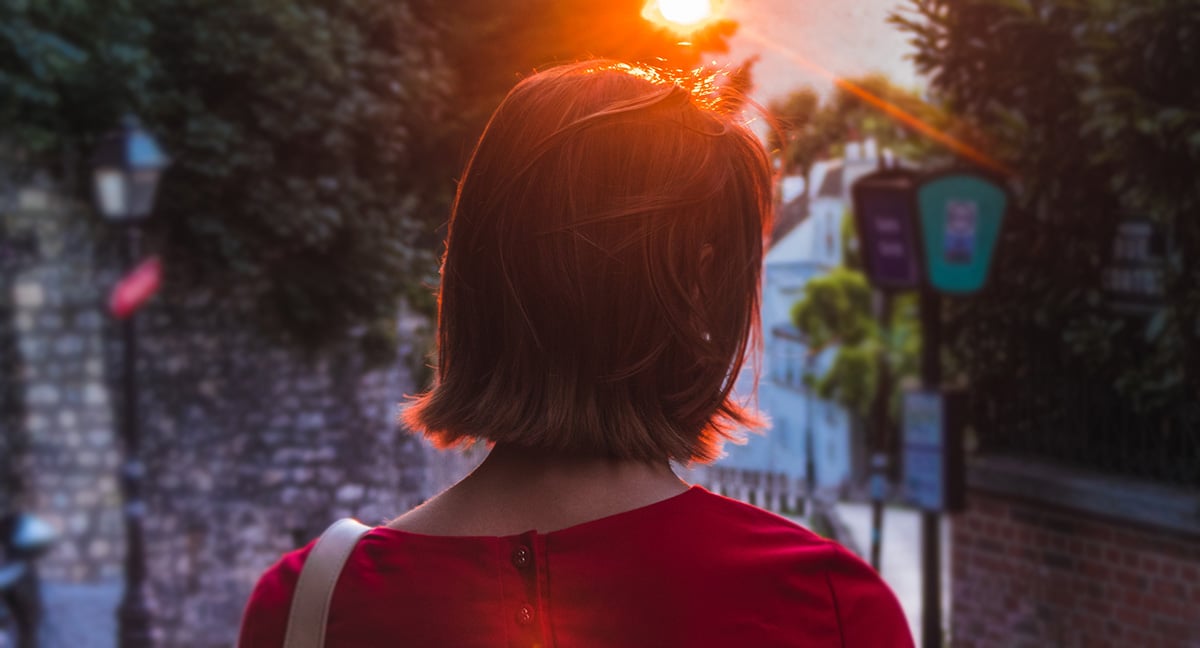