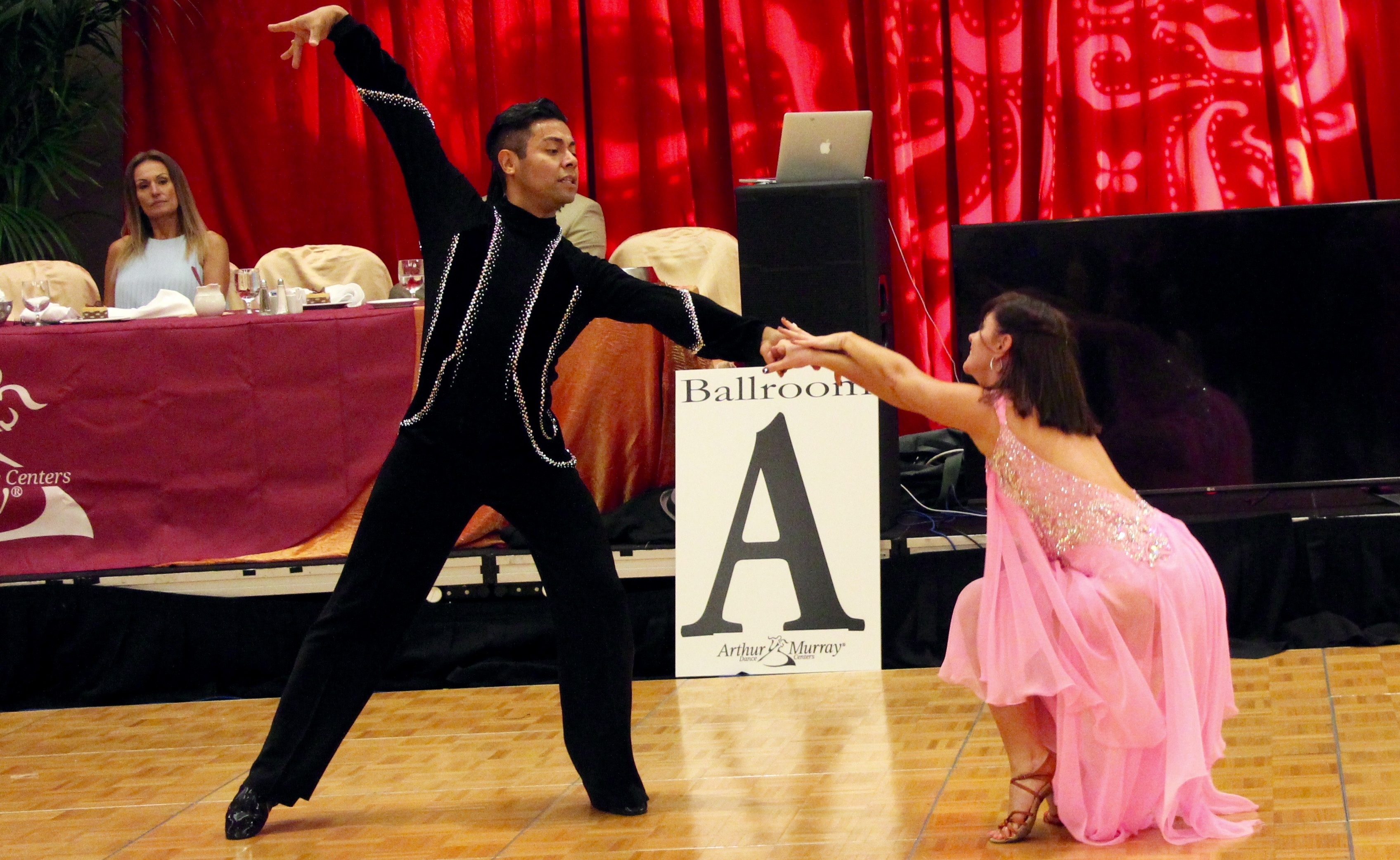 Dance History At The District Showcase 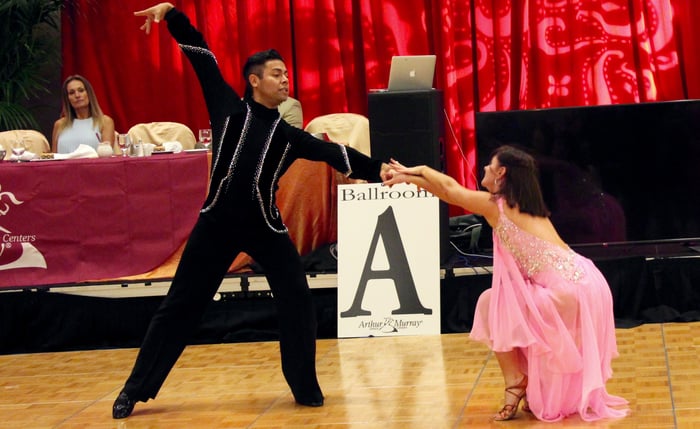 After nearly 6000 dance entries, over 250 participants, and levels from Newcomer through Gold, the Arthur Murray students and professionals managed to keep the dance floor in tact. The Northern California District Showcase has grown steadily over the years into one of the largest events of its kind in all of Arthur Murray.

For the first time, the Zouk was included as one of the dances available to perform at the showcase. Similar to the addition of the Bachata, Salsa, Argentine Tango, or Lindy Hop; the Zouk debut was an absolute success. 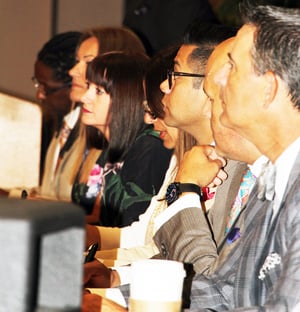 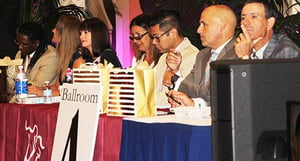 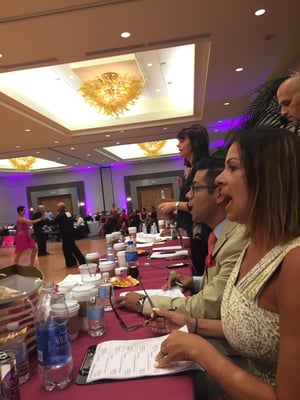 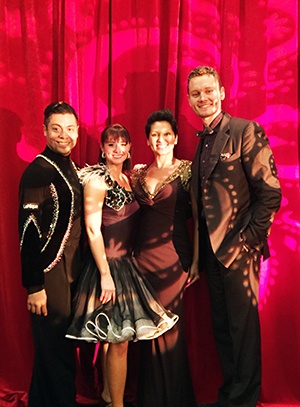 An All Star Judging Panel

There was an incredible panel of judges, all with the task of providing feedback for all of the participants at the showcase. Here's a quick rundown on each one:

Bottom Line: She was the dance coach for Chris and Daisey for 6 years.

Bottom Line: Tommy began his Arthur Murray journey at the Redlands location - the same as Juan and Cari Jo Garcia.

Bottom Line: Bobby was the person responsible for pairing up Chris and Daisey as dance partners.

Bottom Line: Bob was nearly cut from his training program for struggling with the Cha-Cha.

Over the years, there are no shortage of big announcements at a District Showcase.A new school opening, a new baby on the way, but this time the announcement was about the showcase itself. Beginning in 2016, the District Showcase has been approved to become a two day event. With the ever increasing amount of participation, and the travel time involved by schools in the area, it was time to make a change.

A Look At How The Venues Have Changed:

Although the ballrooms have grown in size, the only thing that hasn’t changed is the time. In order for the district showcase to keep pace with its own growth, the available time needed to change. Now, with a new format coming in 2016, there are many new possibilities, such as:

Although the details are still rough, it is safe to say that the growth of this event won’t be stopping anytime soon. This announcement is another important landmark in Arthur Murray Northern California dance history. 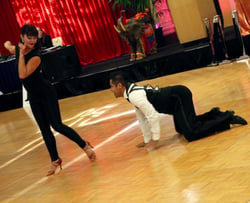 The Floorshow By Tommy Belmontez and Jessica Holty

Joining the elite panel of Arthur Murray judges at the showcase was Tommy Belmontez and Jessica Holty. This well traveled team have worked, literally, all over the world as Arthur Murray consultants. Fortunately for all in attendance, the planets aligned, the schedules converged, and there was nothing but green lights for them to attend the event. 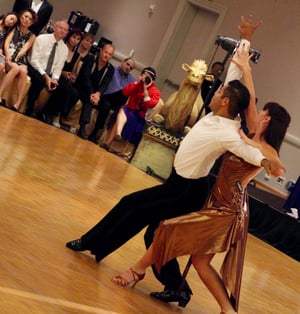 If a great dance performance is presenting a nonverbal message, and point of view, then Tommy and Jessica did just that with ease. Infusing great execution, authentic styling, and a committment to character - the story was as touching as it was electric.

The most important objective was achieved far ahead of schedule... dance confidence. The Newcomers were only new for about an hour, and then, before long - they transformed, desensitized to the horrors of public dancing. Even the most seasoned students were reconfigured, reimagined, and reenergized in no time.

So, while there are still people out there frozen by the fear of dancing in front of others, the brave participants at the District Showcase tipped, spun, and swayed the balance in favor of dance confidence. 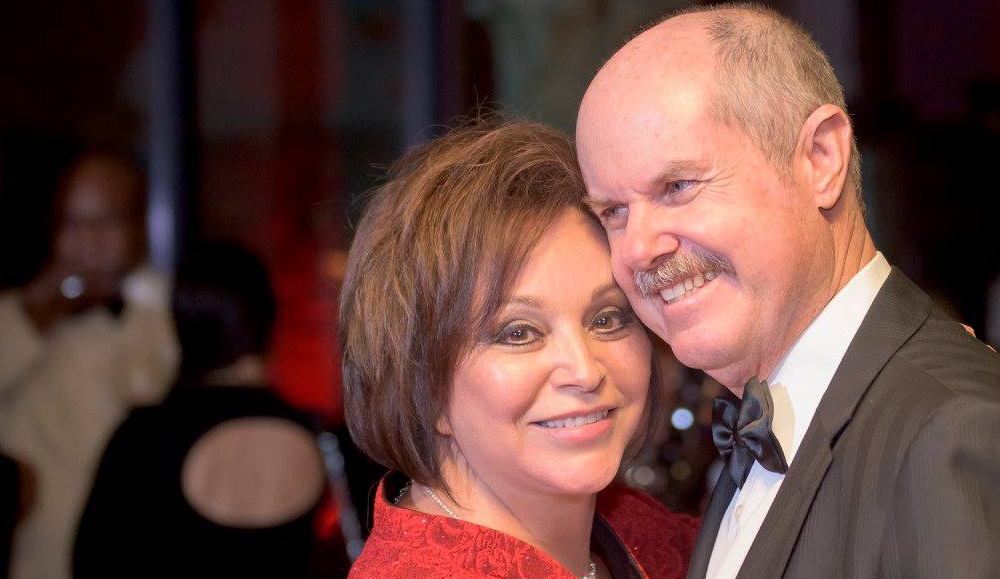 New to Unique DOR? Here are 10 Tips You Should Know
By Chris Lynam 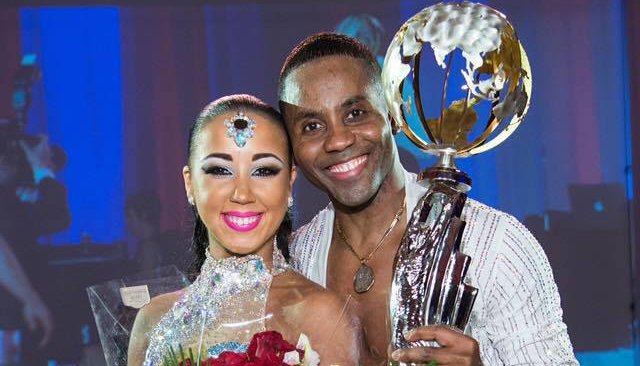 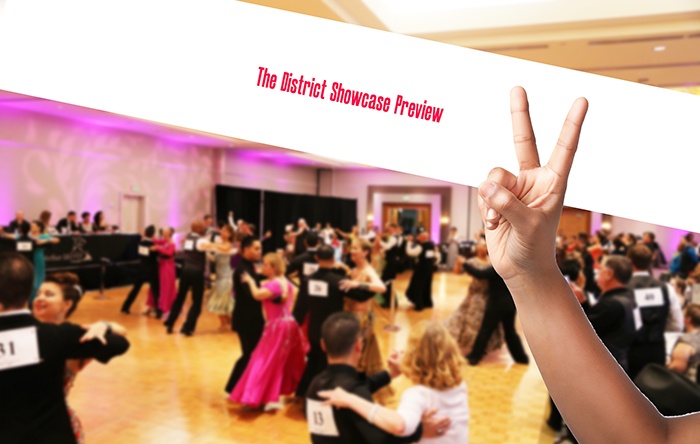 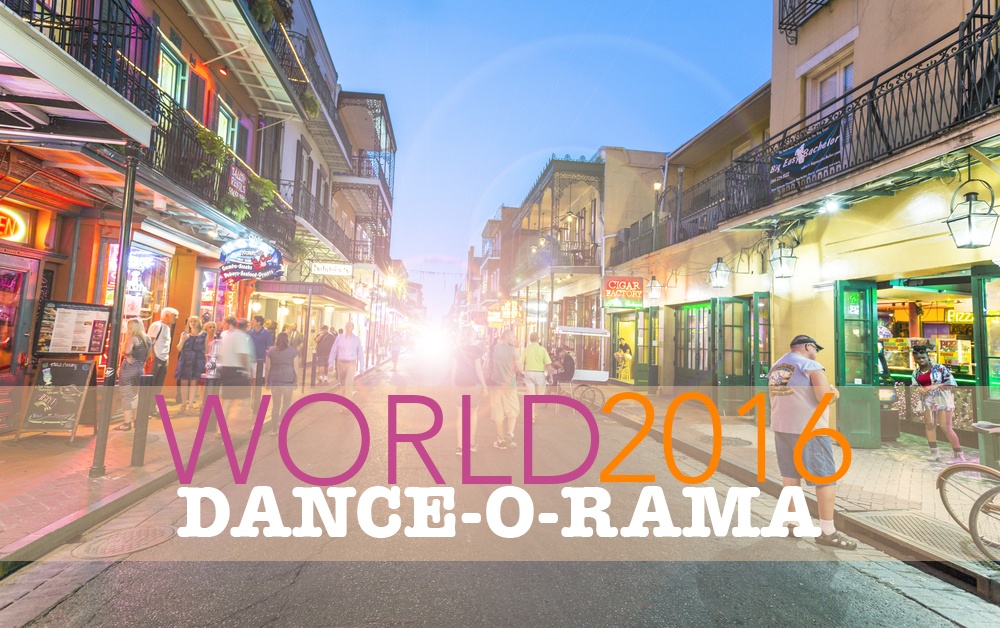