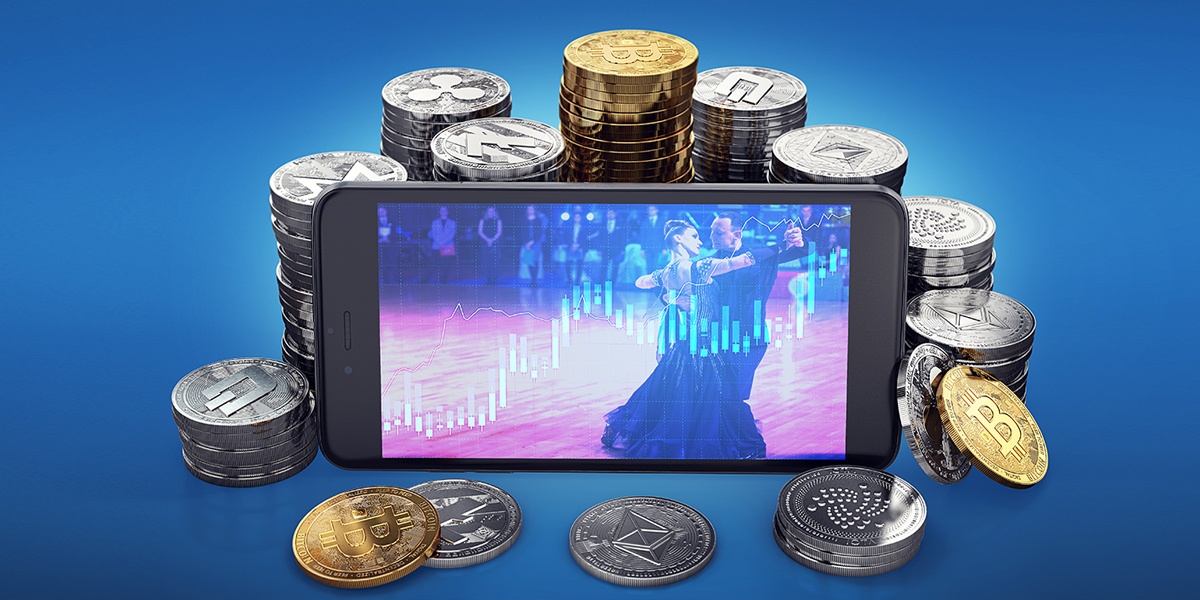 Bitcoin, Ballroom Dancing, and Other Investments

There's a study that shows that if you had invested $100 in Bitcoin, you'd have a billion dollars today.

Okay, maybe not a billion, but as of November 2017, Investopedia had calculated the returns at over 3 million dollars.  Not bad.

So that got us thinking about other long term investments, that may not make much sense right away, but has a huge return on the back end.

Learning to Ballroom Dance is Like a Language (an exotic one)

Imagine if someone told you they studied Arabic, Portuguese, or Cantonese... and it wasn't a requirement for work. At that point, based on your own recollection of foreign language studies, it would be both easy to question, and impressive to hear.

Dancing is also a language, and just like Arabic, Portuguese, and Cantonese, it may not seem immediately practical.

But that's what makes this an impressive move.  The fact that it isn't, immediately, practical.  It's a social life savings account, accruing interest over time.

Learning to Ballroom Dance is like Buying a Tuxedo

A tuxedo rental shop is always filled with wardrobe procrastinators. The average types of guys that could never see the use in owning a tuxedo, preferring to stick with standard clothing and rental shops - when necessary.

But then there's the type that buys a tuxedo.  It stays in the closet, in an appropriate garment bag, until the occasion presents itself.

The stress and size problems one may have with renting a tux doesn't apply to our Tuxedoed gentleman, and his long term thinking pays long term dividends with every subsequent formal event.

Learning to Ballroom Dance is like Buying Bitcoin... in 2010

In 2010, people would have thought you were nuts.  Just the explanation alone would have your own mother rolling her eyes, and prompting her to have visions of you panning for gold and eating chuck wagon stew out on the range.

But Bitcoin, like so many other great investments, seemed crazy at the time, and yet, here we are several years later and it's all the rage.  While cryptocurrency may have been in its infancy, those with the foresight to bypass the criticism, and ward off the urges to focus on traditional investments are now showing that they were, in fact, historically correct.

So what else has that payday, I-told-you-so, short term loss for the long term gain type of potential?

In the short term, it can feel awkward, a little complicated... sort of like learning a language with your body.

It may seem to have no immediate practical value, like owning a tuxedo if you're not a CEO or secret agent.

It can be hard to explain, and hard to assess its value, like investing in cryptocurrency.

But, like all of these things, learning to dance is storing a skill away for a later date.  To have the ability to walk onto a dance floor a year from now, without hesitation.  To create lasting memories at important events like weddings, office parties, or family gatherings.  To systematically upgrade your social confidence, and reap the returns of a single decision to take lessons.

In the short term, learning to dance makes no practical sense, but just like these activities listed above, you're not a short term thinker.

You don't need to be a Cryptocurrency expert to read the articles on Arthur Murray Live, so we would love it if you invested in your hobby and subscribed to our content.