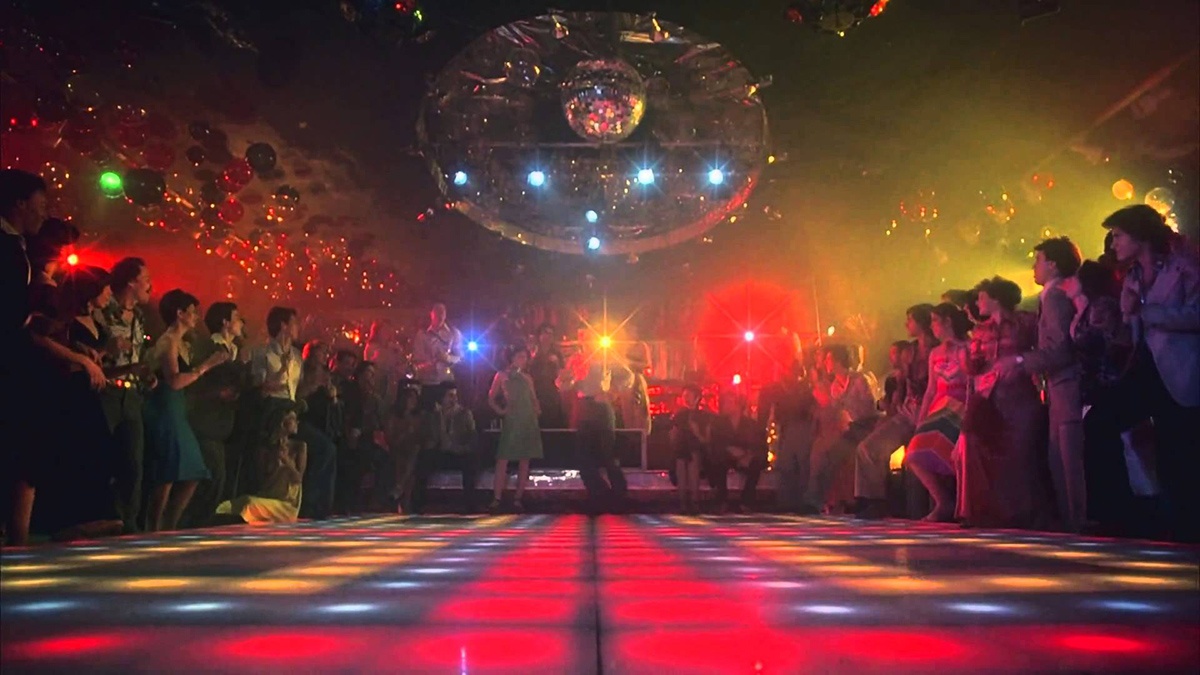 The man, the legend, the icon... John Travolta.

Your Saturday Night Fever dreams could have come true.

If you were wearing your lucky Angel Flights, gold chains, and if your hair was just perfect... you just might be the new owner of the actual light up dance floor from Saturday Night Fever.

For a million bucks. 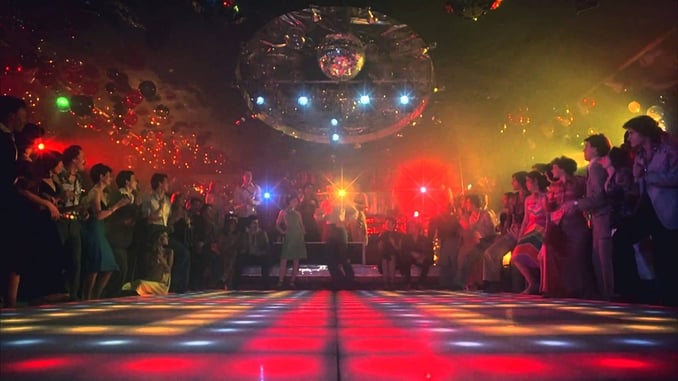 This was the iconic dance floor that captivated audiences, sent the Disco scene growing at light speed, and made every guy want to be John Travolta, and every girl want to dance with a guy like him... and your chance to own it may have just passed you up like Tony Manera did to so many willing dance partners.

On June 27th, the iconic disco floor from Saturday Night Fever sold for 1.2 million by the auction house, Profiles in History.

Joe Maddalena, President and CEO of the Calabasas, California auction site, is widely recognized as the leading authority on entertainment and historical memorabilia had this to say about the floor that changed disco forever.

"Most people we talked to thought it was one of the coolest pieces of pop culture to ever come to auction" says Maddalena.

As someone who has had clients like Richard Nixon, Malcolm Forbes, and Michael Jackson, and sold items like George Lucas' camera from Star Wars, or Marilyn Monroe's red dress from the 7 Year Itch (that fetched 5.5 million dollars), Joe Maddalena's opinion on memorabilia is about as important to memorabilia, as John Travolta's dancing was to the Disco era.

So how would this piece compare with the rare memorabilia gems Maddalena has found over the years?

"It's iconic like the Maltese falcon, or ruby slippers. It defined a moment in time, the birth of the dance clubs." 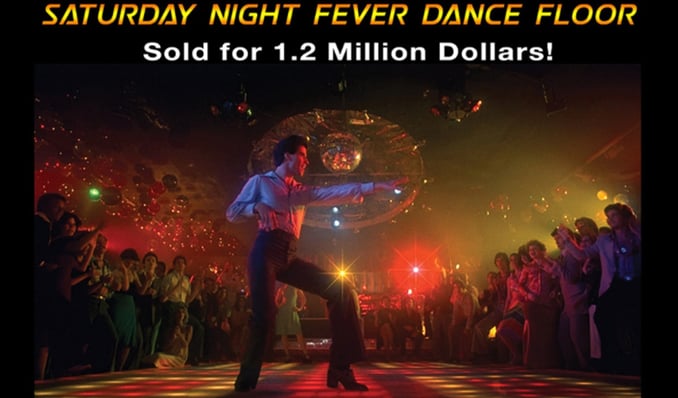 The Floor That Changed it All

The description of the auction on the site Invaluable.com sums it up perfectly.

"A key component of the film, and the piece that would ultimately become as iconic as the lead characters themselves, was the illuminating dance floor... one of the single costliest expenses of the entire production – $15,000 – a testament to the importance it would command in the context of the entire film."

But there's another reason this floor was so important to the film, why one could even suggest that the floor wasn't just a set piece, but a character in the story.

"Twenty-three year old John Travolta rehearsed for months to perfect the complicated moves he would so effortlessly perform once the cameras began to roll. He insisted that the dance scenes be shown in wide, full-length shots so that the audience would know that it was he, and not a double, who was working the floor. Because of this single editorial suggestion, the dance floor became an integral part of the action, and was prominently featured in nearly every moment of every exciting dance number."

So would it make sense for John Travolta, Tony Manera himself, to purchase the floor?

We caught up with Taylor Poppmeier, on the marketing team at Invaluable.com, and who first tipped us off to the auction, to see if she had any Travolta-related insights.

"I am not sure if Travolta has been contacted, but that is a fabulous suggestion - that would be a great story!" says Poppmeier.

Not only a great story, but a timely one.

It is the 40th anniversary of Saturday Night Fever after all, and it wouldn't be the first time a celebrity made a big purchase in the world of Memorabilia and Collectibles - Nicholas Cage and Leonardo DiCaprio have made quite a few purchases in their day.

Travolta did purchase the former home of Frank Sinatra, with enough room for two private planes, so he undoubtedly has the space, but could he be the person that purchased the illuminated floor that made him a silver screen icon?

While the buyer remains anonymous, it certainly is fun to reminisce about the glory days of Disco, and of those moments every person wanted to feel as they walked into a nightclub.  Like a Disco version of Cheers, where everybody knew your name, and you had cool clothes, sweet hair, and a spotless reputation as a dancer.

Somebody out there got a 24x16 foot reminder of that feeling, and we're just here waiting on the sidelines for a dance invitation. 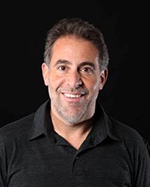 In addition to his work at Profiles in History, Joe Maddalena is also the star of the Syfy Channel show, Hollywood Treasure, and avidly works to raise awareness for under served children.  You can read more about Joe on his website, and we thank him for his contribution to this article. This piece wouldn't have been possible without Taylor Poppmeier reaching out from Invaluable.com - our sincerest thanks for the opportunity to Hustle down memory lane. 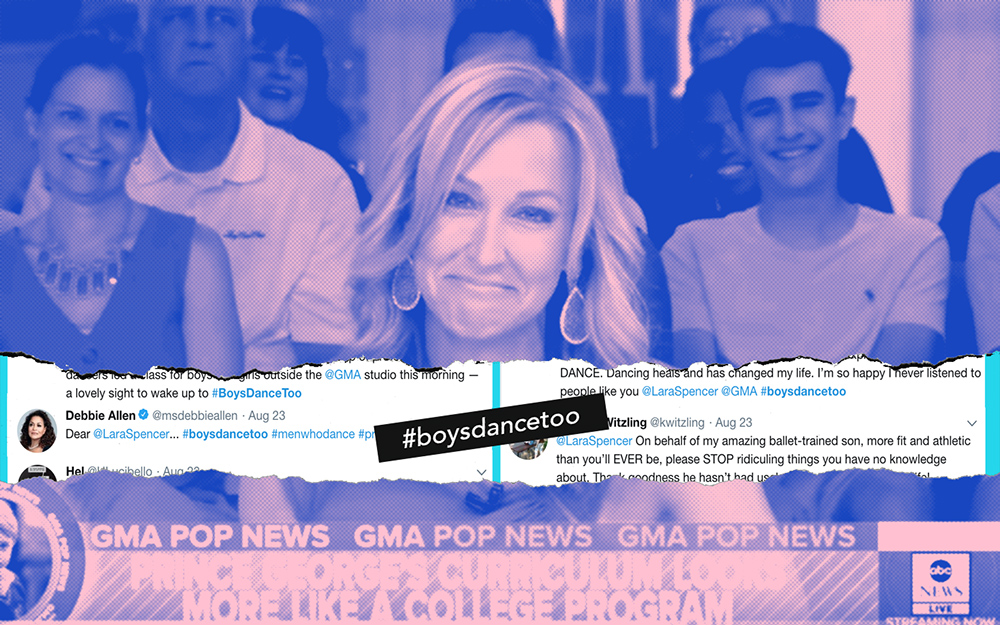 Getting to the Pointe on Good Morning America
By Chris Lynam