How to Dance to La La Land 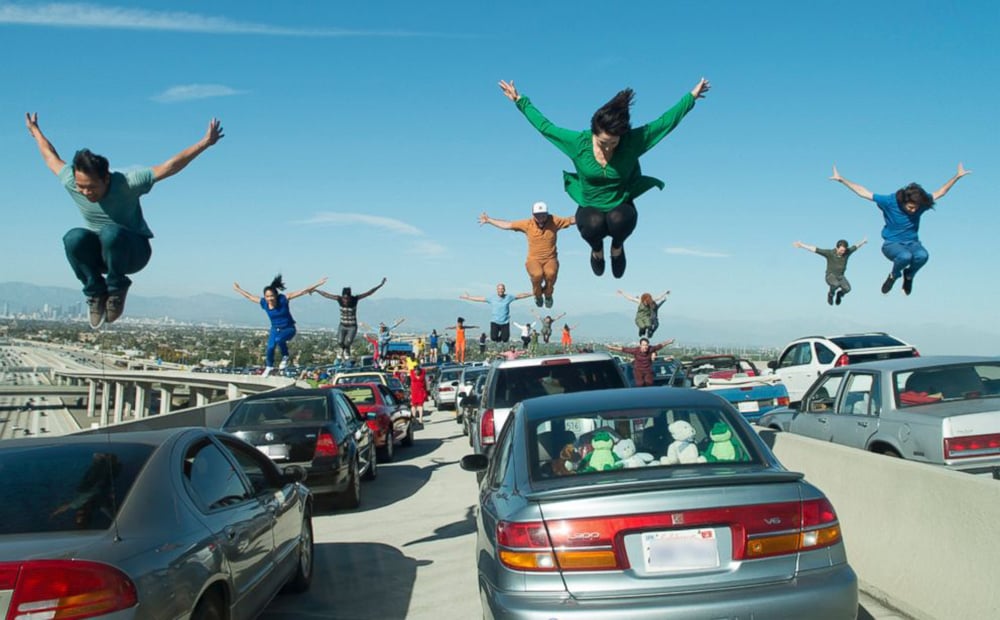 How to Dance to La La Land

Sure, this may be a few years old but watch the first 3 minutes of the movie and just try to fight the urge to dance.

Let's take a look at the La La Land soundtrack and mine it for great social dance ideas.  In case you missed it, the Arthur Murray Live team performed to several of the songs from this soundtrack, and it is still a fond topic of conversation with our staff and students.

If you haven't seen the movie yet, by all means, follow this link to better understand why some people regard this film as the best musical since Singin' in the Rain.

Forget about it.  There may never be another movie with a complete offramp shutdown dance scene.

Aside from the visual masterpiece, this is a perfect way to charge your batteries if you're dreading anything about your day.

While there are plenty of uptempo dance directions you could take, let's start with

2. Someone in the Crowd

Like a friend that won't take no for an answer, this song hits you with a burst of positive energy. Fun Fact:  Take a close look at the colorful dresses in the scene - they were designed by LeNique.

Just like the bright colors of the dresses, there are a variety of dance options for this energetic song.  Peabody - if you'd like to take it easy, Quickstep - if you want to go for it.

A gorgeous piano.  A beautiful love story.  A perfect soundtrack to movie connection.

If you didn't know already, a great Waltz is difficult to come by.  While this may not have the heavy "Boom-tick-tick" sounds of a two hundred year old Gilded Age Waltz, it certainly is elegant, beautiful, and en trend for the modern sophisticated dancer.

The lyrics of this song are like a dating poker game.  It's a bluff, where each character is trying their best to convince the other that this "meet-cute" is a waste of time.

The Foxtrot gets a fine feature in this iconic moment in the movie.  While the choreography in the film is more jazz inspired, that shouldn't stop you from re-creating the mood and movements from this scene.

Press play and you're immediately whisked away into a swingin' jazz club.  This isn't jazzy, jazz-like, or jazz-inspired.  It's jazz - straight, no chaser.

East Coast Swing is served in two popular varieties:  Single step and Triple step.  The single, also known as Jitterbug, is designed for faster music, like Herman's Habit.  The triple is for slow to medium tempos and should not be attempted on this track.

The piano riff, the whistling, and the light sandpaper rasp of Ryan Gosling's voice seem to act as the constant thread through this movie's narrative.  It's as important to the telling of this tale as a lightsaber is to Star Wars.

Social Foxtrot is the foundation to any great social dancer's repertoire.  Slow Foxtrot is a more refined and challenging version of that dance.  Utilizing the graceful, sweeping movement of Waltz, combined with a slower version of traditional Foxtrot music, it's a gorgeous achievement that every social Foxtrot dancer can aspire to.

There are classic sequences in Disney films (like Mary Poppins) where the live action characters interacted with animated counterparts.  This song plays like an animated sequence for your ears from the first second it begins.

The first minute of this song creates a theatrical buildup.  What follows is a lovely slow-tempo Viennese Waltz, a slower Waltz interlude starting at the 1:44 mark, slower still at the 1:52 mark, and a rousing return to Viennese Waltz at the 2:27 mark.

Much like Herman's Habit, this montage has all the brassy, orchestral features you'd expect from an energetic romp on the dance floor at a jazz club.

Let's take a minute to pay tribute to the dance that started the Swing craze to begin with.  It's a perfect fit - dips, lifts, and tricks are totally optional.

An enhanced version of the original.  A duet and the musical evolution of Gossling and Emma Stone's characters.

John Legend makes his debut on this Soundtrack with the familiar and iconic timbre of his voice.

Songs in this tempo range can fit a variety of lanes.  From Rumba to Hustle, but sticking with the overall aesthetic of La La Land, it's an easy choice:  West Coast Swing.  Slower tempo, bluesy delivery, and plenty of attitude.

This could easily, and unfortunately, get overlooked as an interlude.  But listen closely and Justin Hurwitz's piano tells a story of a maturing love story.

Latin music is typically characterized by polyrhythmic music.  Putting it plainly, there's a few different instruments used to create, wrap around, and enhance the steps you take.  This song, by contrast, is a single instrument.

Due to this, dancing a Rumba or Bolero to this song would break away from more traditional Latin tunes - which may be exactly what you're looking for in a beautiful performance or romantic moment with someone.

12. Audition (The Fools Who Dream)

For every fun, energetic, cute, and jazz moment of the soundtrack so far, the Audition (The Fools Who Dream) matches it with emotional weight.

What begins as a monologue evolves into a song that will pull at your heartstrings and maybe even prompt you to take a risk you've been putting off for far too long.

Emma Stone very well may have clinched the Best Actress Oscar with this performance. So, if it worked for her, why not give it a try?  This could be one of the great Waltzes of the last decade and certainly will pack an emotional storytelling punch.

The Epilogue. You may never need to listen to anything else to help you get a boost of energy on your way to work.  There are enough slick music progressions to keep your distracted brain engaged and your feet tapping throughout.

Well, to be honest, you could do a little bit of everything.  The Arthur Murray Live team danced to portions of this epilogue and this 7 minute plus track is really designed, dance-wise, for a big production formation.

The title is fitting.  This is a dramatic conclusion to the story reminiscent of old Hollywood.

This track may not work as a standalone song for a future dance routine but it can be cut into one of the aforementioned songs as a dramatic flourish for the ending.

Humming.  You hear the tune, you eliminate the words, and force the listener to derive all the emotion and story with limited data.

This version of the song could make you a little sad.

This author wonders if a reprise of City of Stars is a subtle nod to a different feeling:  Hope.

Maybe the Epilogue wasn't what we thought?

And maybe Emma Stone's character is humming this on a starry night as she runs into an old flame.