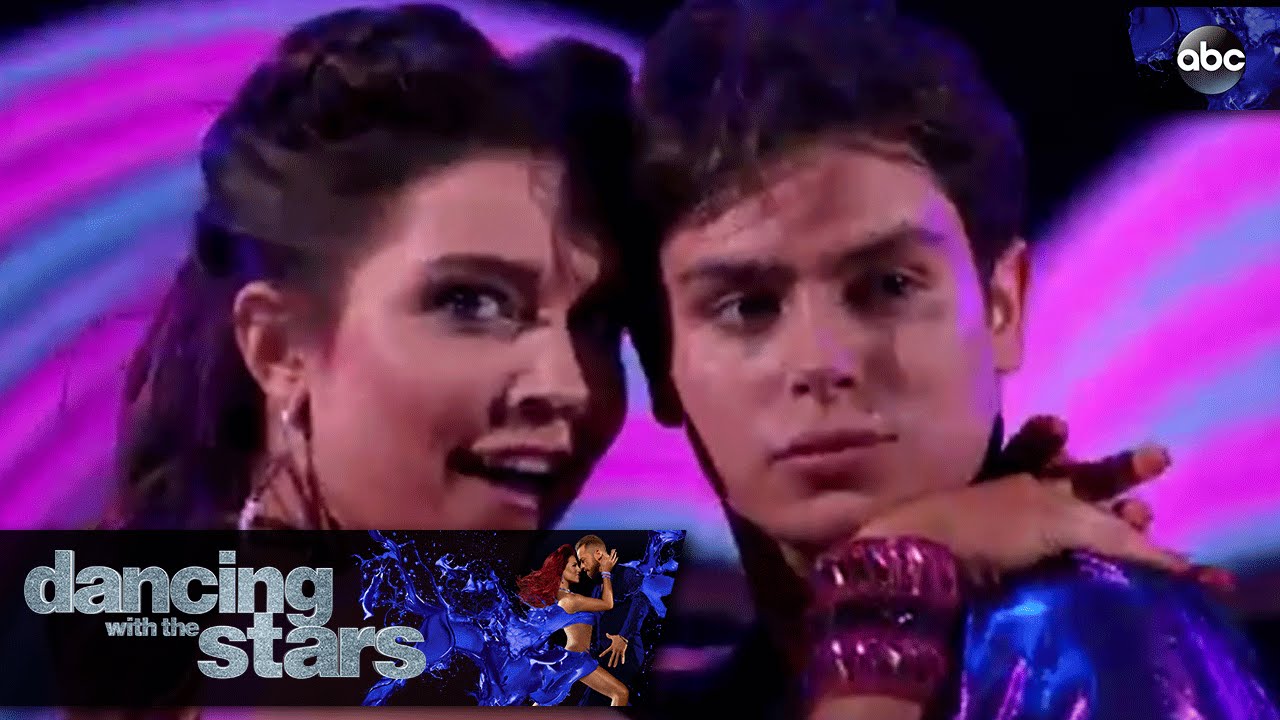 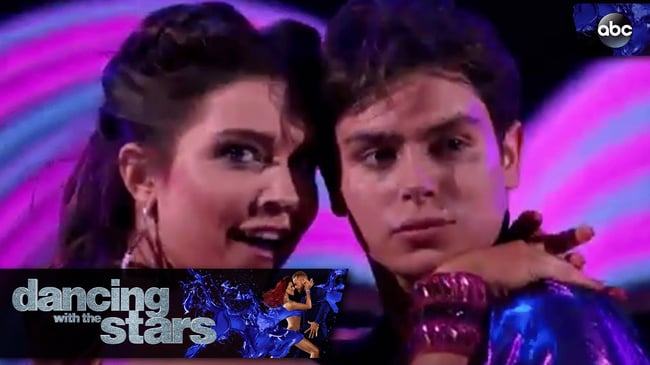 Dancing With the Stars Season 23 Preview and Predictions

ABC, once again, has assembled an incredible cast of stars from all entertainment genres to pair with Dance Professionals new and seasoned for Dancing with the Stars Season 23.

Here we'll make a case for each couple in the competition, share our Arthur Murray insight, and make a prediction for how they'll finish.

If you missed it, Laurie Hernandez is the 16 year old US Olympic phenom with the incredible gymnastics skills and infectious smile.

Aside from the fact that she just spent a summer performing for a global audience, gymnasts possess incredible balance, strength, and body control.  Look for Val Chmerkovskiy to utilize her flexibility with back bends and leg extensions that will go on for days.

Laurie is young, strong, and excited.  The training she went through for the US Olympic team will prepare her for the quick turnaround from week to week and dance to dance on the show.  Valentin and Laurie are both young, athletic, and willing to take risks.

Read:  Why Teens Should Learn to Ballroom Dance

Marilu Henner is a genuine, all-purpose, stage and screen professional.  Her partner, Derek Hough, is cut from the same cloth.

She's a performer, and she's not afraid to put herself out there.  From her breakout role on Taxi, to starring on Broadway, or the Celebrity Apprentice - Henner still shows up under pressure.

Henner will be 65 next year, but she keeps herself in incredible shape, and looks like she could outwork anyone half her age.  While the season will only enhance her fitness, look for Henner and Hough to wow the audience by what she can accomplish for someone, technically, on the doorstep of being a senior citizen.  In addition, Henner has a rare condition called hyperthymesia, and can remember the specific details of her everyday life since she was a small child.  With the constant onslaught of new choreography, this may be a tremendous advantage for her.

Amber Rose is a fashion mogul, stunning runway model, but may be most famous for her relentless "drop the mic" posts on Social Media.  Oh yeah, and she's dancing with some guy named Maks Chmerkovskiy who, apparently, has been on the show before.

She has a striking, photogenic look.  She also happens to be 5'9" which can be a tremendous advantage to the sweeping movements in the ballroom dances.

Aside from the fact that she has more Twitter followers than the viewership of some prime time television shows, 3.8 Million to be exact, Rose is an example of how DWTS is reaching for celebrity talent outside of the typical B to C list actors and actresses.  Sure, Rose is a model, but she's also a digital media superstar.   Bottom line, you can't teach height, or striking good looks, but let's just hope Maks can teach her to dance, and hopefully he won't be on the receiving end of an Amber Rose twitter attack.

Read: 9 Reasons Why Social Dancing Should Begin with Foxtrot

Ryan Lochte used to be famous for his swimming and good looks.  Now, it seems that DWTS was something he and his agent agreed would help rescue his public image.

Many great Ballroom and Latin dancers also happen to be swimmers.  The long, lean body type on Lochte, along with a dance costume, gives him a convincing look as a Ballroom dancer.  All that's left after that is, you know, the dancing, but we'll leave that to long time pro, Cheryl Burke.

Regardless of his thought process at the Rio Olympics, the guy is pretty brave.  It takes a lot of courage to dance in front of anyone, let alone a National Television audience.  To do that knowing people are actively rooting against you, or are willing to storm the dance floor in protest of your past transgressions, is admirable.  Hopefully, he can utilize the opportunity to learn, and keep the blinders on to focus on his dancing, and less on a campaign to resurrect his marketability.

Vanilla Ice was a megastar in the 1990's.  Whitney Carson, an up and coming star, was born in the 1990's.  Together they pair up to make their partnership a household name in 2016.

The guy has rhythm.  This was not a rap artist who needed a stunt double for dance sequences, and look for Carson to build on the dance skills that made him a 90's megastar.

Vanilla Ice took the rap world by storm as a "Pre-Eminem" white rapper.  But while many of the 80's and 90's rappers have faded from the spotlight, Ice has been able to spin his music success into a series of smart moves including real estate and reality TV.  Bottom line, the guy is a survivor and he projects to have a ton of upside this season.

Read:  Survive Any Wedding Reception with These 5 Ballroom Dances

Less than a year removed from an incredible playing career Johnson is in fantastic shape, and he's no stranger to hard work.  At 6'4", his dance frame is built to stand out, and dance patterns are no different than receiving routes in football.  Bottom line, this guy may have been engineered for football, but with the help of his teacher Lindsay Arnold, that will transition smoothly to Ballroom Dancing.

Johnson could have played football another 5 years.  He has been nothing but dominant in his career, and many fans, even outside of Detroit, were sad to see him go.  DWTS gives the public a chance to see him every week, even if it is trading his helmet and pads for a latin shirt and dance shoes.

Prediction:  Middle of the pack

It is said that people fear public speaking more than death.  If that's truly the case, then dancing on TV should present no fear to Governor Perry.  He's got great stature, a true politician's smile, and poise under pressure.  Whether that continues once the music starts will be up to his teacher, Emma Slater.

Perry isn't an actor, athlete, or musician.  Sure, he's a politician, but he's also a husband, a Father, and used to be a door to door salesman.  Perry is a great example for the husbands out there that, at the end of the day, want to do something to keep their marriage exciting, and surprise their kids.  No matter how the season turns out, we're sure he'll have a willing dance partner or two waiting in Texas when he gets home.

Marcia, Marcia, Marcia!  OK, it's been said, but Maureen McCormick is out to prove that she's more than just an ex-Brady.

She's got excellent posture,  charisma, and it is so hard to believe that she's 60.  Elegant enough to pull off dances like Waltz, Quickstep, and Viennese Waltz, and has the physique to shine in any of the Latin Dances. She and her instructor Artem Chignintsev make a dynamic pair.  "And one day when this lady met this fellow..."

Aside from the fact that she brings a loyal fan base spanning a few decades, McCormick is a long time fan of the show, and that means she'll appreciate every moment and take nothing for granted.

Prediction:  Middle of the Pack 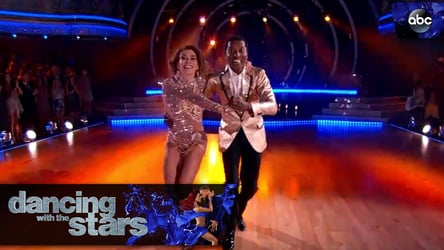 Kenneth "Babyface" Edmonds has a classic voice that is silky smooth.  He and his teacher, Allison Holker , are hoping that he's just as smooth an operator on the dance floor.

Poise and posture are the keys to making something look easy, even when it's not.  As a singer, Babyface knows how to hold his posture, maintain his poise, and capture the hearts of the audience.  These skills are often overlooked, but vitally important to Ballroom and Latin Dancing, and he has them.

There's no question that the further Babyface goes on the show, the more likely people of all ages will get a chance to hear his music.  We're predicting that following the show, he records an album of Ballroom Music.

Projected Finish:  Middle of the Pack

The youngest member of the cast pairs up with the newest professional dancer on the cast.  Jake T. Austin is famous for his work on the Disney Channel, and Jenna Johnson is on the verge of fame having been promoted from the DWTS dance troupe, to one of the featured teachers on the show.

There's a lot to be said about a 22 year old guy determined to become a great dancer.

Every kid from the talent factory which is the Disney Channel eventually needs to pivot to something more mature.  Austin picked a great way to do that, and the producers picked a great partner for him to do that with in Johnson.  This Disney alum has loads of potential to make a solid run through Season 23.

Prediction:  Middle of the Pack

Read:  Why Teens Should Learn to Ballroom Dance

Professional Race Car drivers are tactical, precise, and cool under pressure - all attributes of high level Ballroom and Latin dance performers.  It's up to seasoned professional, Sharna Burgess, to utilize that for all of America to see.

Hinchcliffe is a star within his own sport, but that doesn't make him a household name... at least, not yet.  We're betting that he'll have some extra endorsement deals and some serious dance skills, even before the checkered flag is waved.

Terra Jole is not just a little person.  She's an actress, a mom, and she wants you to see her as a dancer too.

She's got determination, an attitude, and is willing to work hard - a fantastic combination for Sasha Faber to work with.

As the first Little Person to join the cast of the show, and just recently having a baby, Terra will serve as an inspiration to anyone who's ever disqualified themselves from an activity like dancing for no good reason.

Prediction: Middle of the Pack

If there was a homecoming king and queen for dance shows, Jana Kramer and Gleb Savchenko would be that couple.

As a country singer, Jana Kramer understands music.  As an actress, she understands staging.  Pair that with the fact that she's motivated to take full advantage of the positive energy and happiness that learning to dance can bring, and Gleb Savchenko may have a partner that could go far.

The wonderful thing about dancing is that it is a healthy distraction.  It's an endorphin pumping form of exercise that can replenish the mind, body, and spirit.  For Kramer, she's had some tough times in her personal life, and we expect this experience to not only provide that healthy distraction, but to inspire those that could use a dance distraction in their life.

The great thing about Dancing with the Stars, and learning to dance, is that the personal accomplishments are far more valuable than the Mirrorball trophy.  Sure, there may be some more Television gigs, or celebrity endorsements, but accomplishing something each contestant may never have thought was possible is one heck of a consolation prize.

Losing weight, having fun, and finding a new hobby in the process are all just an added bonus.

Here's to another great season of Dancing on ABC.

How did we do with our picks?  Want to share your thoughts?  Join the conversation by sharing your comment below.