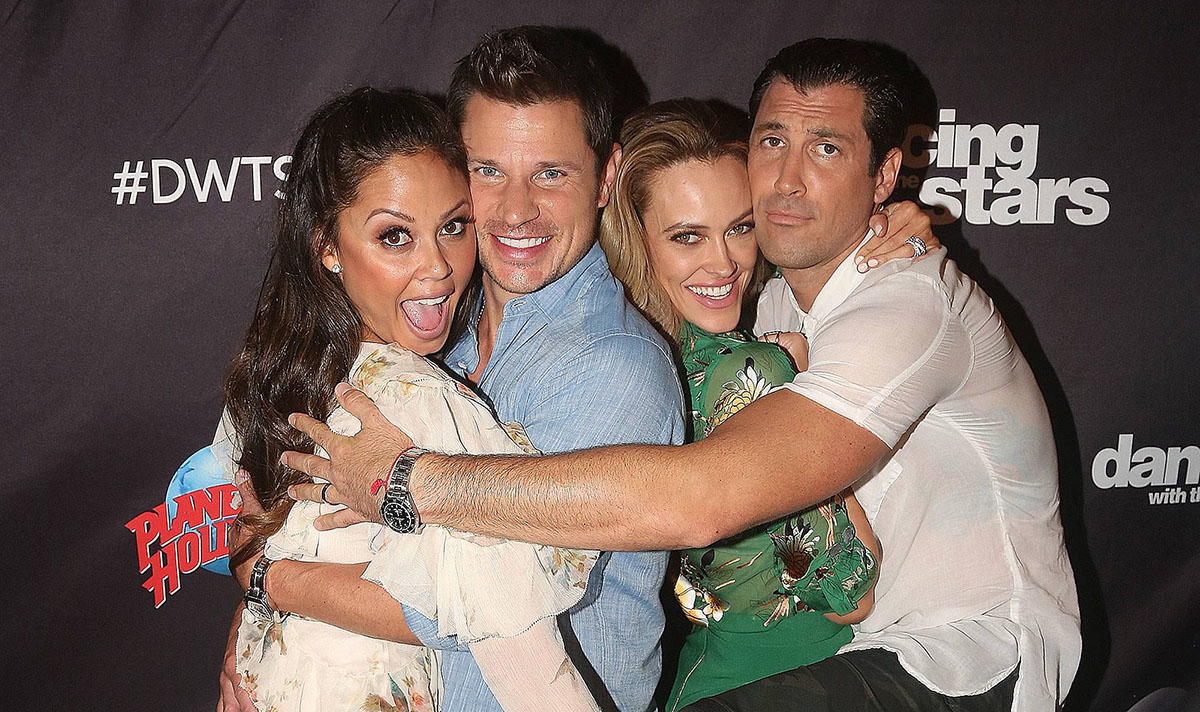 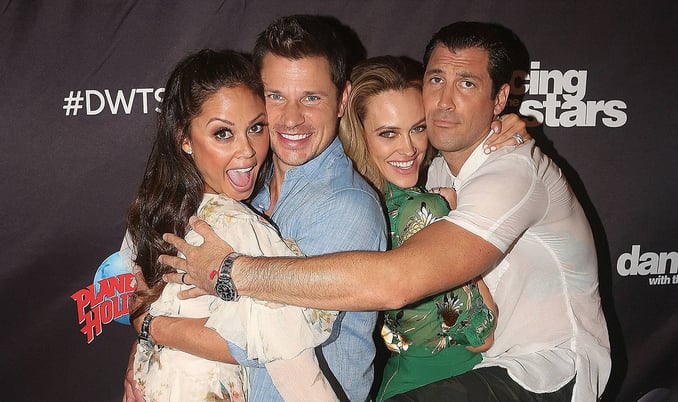 Every couple is capable of becoming dance partners.

Part of that is just getting past the myths about two left feet, not being born with rhythm, but another part is more important, and potentially damaging, to this entire idea.

You see, over the last century partner dancing had been a huge part of social activity, and somewhere along the way it began to fade.

That is, until a certain show featuring celebrities and, at the time, unknown teachers aired on ABC in 2005.  Here is what has changed, and why the show has had such an impact on couples dance lessons.

Let's start with a bang, shall we?  Has Dancing with the Stars helped the ballroom industry?  Well, did Michael Jordan help basketball?  Both are a resounding yes, but there's a slight difference with DWTS.

The guys have taken notice.

While men may not be the rabid fans of the show like women generally are, the show sure has done an incredible job of utilizing athletes and celebrities that are still just as manly as they started - Mr. T, anyone? - and they, in effect, are ambassadors to guys who would normally be resistant to the idea of dancing.

Think of your first time ordering food in a foreign cuisine that you've never tried.  Chances are, that doesn't happen often because we, as a species, generally prefer to go with what we know.

In a way, ballroom dancing is that foreign cuisine.

Pre-DWTS, the activity itself was sort of a mystery, and the dances were like menu items that you could hardly pronounce, let alone consider dancing.

Dancing with the Stars has put the menu in front of an audience to create an awareness of what dances like Foxtrot, Waltz, Samba, and Cha-Cha look and sound like. Due to this, more and more new students now enter with more of a basic understanding of the different dances.

If we were forced to pick one wonderful and unexpected byproduct from DWTS it would be simple:  Men are scheduling the appointments.

On first blush, that may seem like a non-event, but this is the same hobby, just 25 years ago, the overwhelming majority of students were married women, sometimes referred to as "golf widows", who'd learn to dance while their dancing disinterested spouses hit the links.

Today, whether it is a direct or indirect link to the show, men are becoming the first point of contact for lessons and not the last line of you'll-never-catch-me-dancing defense.

There has been ballroom dance competitions on television for decades (PBS, Championship Ballroom Dancing, now known as America's Ballroom Challenge), but if your parent company is Disney, you've got to imagine that story and character development are important - even for a reality/contest type of show.

So, as much as you may see someone's footwork improve from the Rumba week to the Cha-Cha week, you're also going to see a healthy dose of health improvements, and plenty of conversation about them.

Every contestant goes through a physical transformation the longer they are on the show, and that isn't restricted to the muscles either.  Whether it is emotional, social, or even overall brain health, you can expect all of those positive changes to be included in any episode throughout the season, and that only enhances the decision to start taking couples dance lessons.

Sure, the "learning to dance together" part is important, and expected, but when, at the same time, you're doing something together that keeps you active, and mentally and emotionally engaged, it's a wonderful bonus that DWTS will generously uncover week by week.

5.  The Pink Elephant and General Capability

So, at some point, you have probably said "I've got two left feet" or some other kind of non-dancing self-deprecating remark - it's the dancing pink elephant in the room.

Good thing about that?

There have been plenty of celebrities that have uttered the same sentiments, and, fortunately for you, they realized that taking lessons is the general fix for that.

We can let excuses and myths stop your couples dance lessons from ever starting, but it's nice when you've got positive evidence to the contrary.

6.  Inspiration has No Boundaries

The end result may be to dance as a couple, but to get there it will take some individual motivation.  Need some?  Look no further than DWTS.

The show is dripping with fantastic and inspirational stories.

Those stories not only show that anyone, at any age, with any publicly perceived disadvantage, or near death experience can learn to dance, and prove that anything is possible.

So whether it's the woman old enough to be your grandmother, or the guy who should never walked away from that car crash (ahem... James Hinchcliffe), their dance stories serve as fuel for so many others who may have once doubted their decision to try dancing.

7.  A Change in Date Dynamics

No, this isn't to say that there are hundreds of couples sitting and watching DWTS by candlelight while eating chocolate covered strawberries.  But any great source of entertainment will prompt an action.

In some cases, it's a thought provoking film that makes you rethink your actions, and in this case, it's the moment immediately after the show when someone says, "I want to do that".

A dance lesson is, in fact, a very popular date night these days, and that is in large part due to a certain hit dance show on ABC.

There are plenty of great benefits for couples that decide to learn how to dance together, but unfortunately, most couples will not discover them.  The biggest challenge isn't learning how to dance, knowing which foot goes where, or whether you can feel the beat of the music.

There are plenty of couples that are capable of dancing together as a unit, but are just lacking the spark that starts the engines.

Fortunately for some, there's a little show that has done just that.

Are you ready to give dancing a try?  Whether you're wanting to learn with someone special or just for yourself, you can start with a free private lesson to see why Arthur Murray has been the leader in ballroom dance instruction since 1912 - way before DWTS ever came out. 😉