CHRIS & DAISEY: THE STEPS THAT GOT US HERE 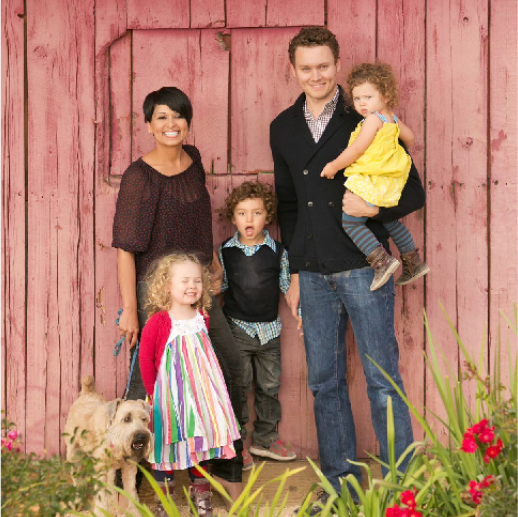 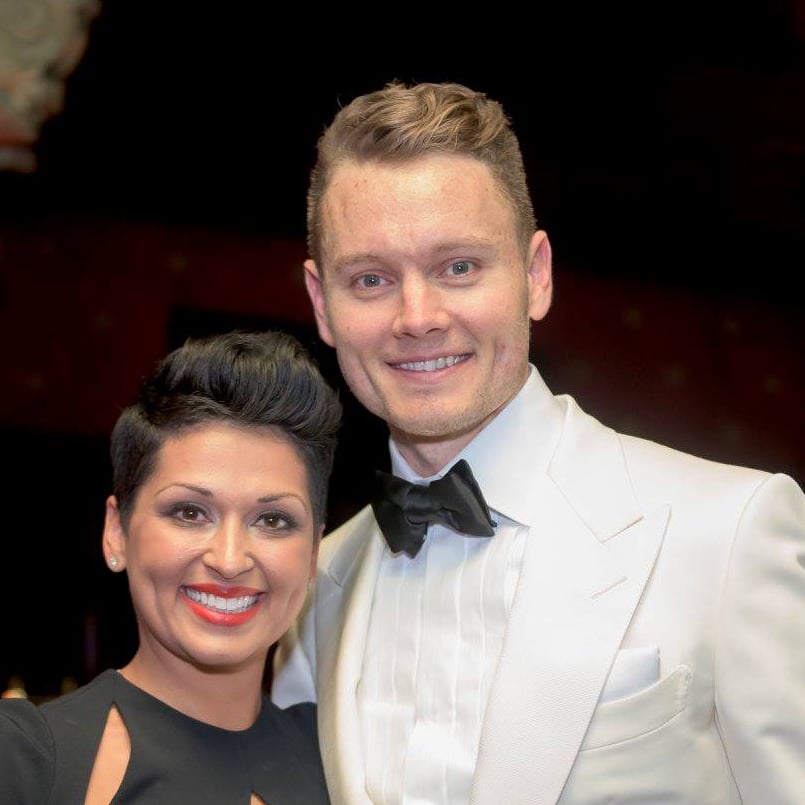 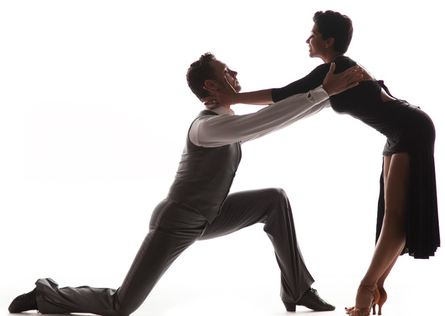 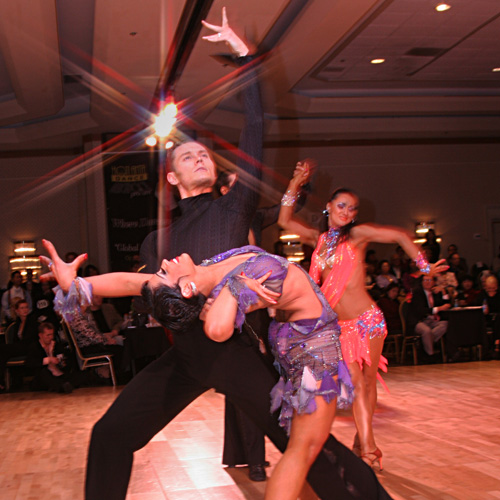 About The Owners,
Chris and Daisey Lynam

Today, this married couple celebrate their 20th years in the Arthur Murray organization and have had a hand in opening 10 Arthur Murray locations - with more on the way.

Mix in a decade long professional competitive dance career and 5 kids, and it may help you understand that their definition of "busy" may be different than most other couples.

Below is a timeline of their career, dance, and business journey.

Chris and Daisey Through the Years

This pair didn’t start out as a pair. In fact, they couldn’t have started their Arthur Murray journeys any different. Daisey began taking lessons in the Arthur Murray Hayward studio, after an invitation by a friend, while attending college to study accounting. She was an avid salsa dancer and quickly fell in love with the environment and the escape that dancing provided. Chris, meanwhile, was coming to grips with a future without the sport he grew up playing. An injury, a misdiagnosis, and an eventual surgery led the way to a startling reality: no more basketball. Through the encouragement of a friend, he was introduced to swing dancing.

By the beginning of 1999 Chris was training to be a teacher at the Arthur Murray in San Jose, Daisey in the Hayward Arthur Murray. The two would not meet until the fall of that year at the Northern California District Showcase. By the end of 1999, both would have a major role in their respective studios as teachers.

By the spring of 2000, Daisey was promoted to management. Her tireless work ethic, personality, and educational background allowed the ownership to put the studio in her hands when away. In the meantime, Chris was searching for a dance partner tall enough for him (not easy considering his 6’4” stature). With the majority of the female staff in San Jose under 5’3”, his options were, seemingly, limited.

Bobby Gonzalez was Chris’ Supervisor/Manager during his time in San Jose. He advised Chris on everything from dancing, teaching - even dress code. Bobby, who had once worked in the Hayward studio, made the suggestion for Chris to call Daisey to arrange a practice together. It was the summer of 2000, on a Sunday, and Bobby, Chris, and Daisey met in the San Jose studio for their first practice. Bobby choreographed 30 seconds of Rumba for the pair… and they practiced it for 8 hours (with a lunch break in between). Two dance fanatics, joining forces, guided by one of the greats, with one goal in mind: MORE!

By 2001, Chris and Daisey were officially a competitive dance couple, and a “couple-couple”. They poured every second of available time into their craft: Chris as a teacher, Daisey as a manager. When work was finished they would commute to either Hayward or San Jose every night to practice their dancing. With their schools achieving awards, their student body growing, and their competitive dance career being noticed - they were beginning to make an impact. By the end of 2002 the pair decided it was time to join forces.

Saying goodbye was difficult. Daisey agreed, signed the paperwork, became the owner of the Hayward studio, but in the process; said goodbye to the former owner and mentor, Glen Lovelace - as he decided to retire. Chris had his final party at the San Jose studio on Valentine’s Day, 2003 and left behind a team, and student body, that were more family, than co-workers. On February 17th, 2003 - Daisey and Chris began running the Arthur Murray Hayward studio together.

Due to steady growth by both staff and student body, the original Arthur Murray Hayward, located at 22429 Foothill Blvd, begins to burst at the seams - all 3000 square feet of it.

The search begins for a larger space. After scouting different areas of the city, an idea is presented by the landlord to move to a vacant space in the same shopping center.

The new space is secured, and construction begins on 22445 Foothill Blvd: the current home of Arthur Murray Hayward, more than doubling the size of the original.

During construction, and after some unfortunate staff turnover, Chris and Daisey reaffirm their commitment to the vision of creating growth opportunities for their staff. They begin to explore the possibility of a second location. Additionally, they decide to revamp their hiring and training program for new staff with very positive results.

In September of 2006, the new Arthur Murray Hayward location opens with a bang. In addition to a wonderful party and professional show, a dance camp was held by the 12 time United States American Rhythm Champions - Bob & Julia Powers.

Chris and Daisey begin their “Leadership Program” for career minded staff. Plans for the Livermore location are approved. With a second location, Chris and Daisey can begin to promote staff to management positions. The development vision begins to take shape.

Hayward finishes the year as the 3rd ranked Arthur Murray school in the world.

After a series of construction delays, Arthur Murray Livermore has a “soft opening” in hard hats on Valentine’s Day. Studio officially opens on the 1st of March.

Christian Lynam is born in February. Exactly 6 months later, Chris and Daisey are back on the competitive dance floor. They would finish the year taking fourth at the Arthur Murray Open Championships in Las Vegas. By the end of 2009 Redwood City would also break into the top 12 worldwide studio rankings, alongside Hayward.

While home on maternity leave, the pair come across a great location in Walnut Creek. Although the space doesn’t work out, the idea is there: a fourth studio.

With their leadership program in full swing, the search begins for a new Arthur Murray Walnut Creek location. By the end of 2010, the lease is signed, and construction begins. Chris and Daisey have their second child, Olivia, in November. Redwood City finishes as the top school in Arthur Murray.

Arthur Murray Walnut Creek opens in May, 2011 and is the fastest growing new location in the world that year. Now with four schools and two children, Chris and Daisey find out that baby number three is on the way.

Staff, Students, and schools continue to grow. Hayward finishes in the Top 10. Redwood City finishes as the top school in the world for a second time.

After successfully transitioning from a teacher, to dance director, and then supervisor, plans are made to promote Richard and Marianne Myers into franchisees. A new opportunity is created, and by the end of 2013, Chris and Daisey help Richard and Marianne open Arthur Murray Fremont.

Chris and Daisey resume their search for a new San Francisco location.

Hayward and Redwood City both finish in the top 10, Walnut Creek narrowly misses a top 12 ranking.

The growth continues. Plans begin for top their top Redwood City executives, CJ and Jenny, to become franchisees. A new market is targeted, a location is secured, and the paperwork is approved for Arthur Murray Millbrae.

Walnut Creek moves into the top 10 rankings in all of Arthur Murray, joining both Hayward and Redwood City. They are the fastest new location to achieve that position.

After an intensive and, sometimes, heart breaking search - Chris and Daisey sign an agreement to reopen Arthur Murray San Francisco.

Arthur Murray San Francisco has a humble beginning with lessons taught at a satellite location - a daycare at a local park.

By the end of 2015, Madisen O'Laughlin has been approved to become the new franchisee in a new market: Stockton, California.

Brienne Thompson, at one point a student, teacher, office manager, and New Student Counselor in Livermore, Hayward, and Redwood City (respectively) moves to Salt Lake City to re-open the Arthur Murray in the Utah market as a partner with the Lynams.

In late 2017, plans are approved for Arthur Murray San Rafael.

Moving forward, there are more plans to expand the Arthur Murray brand throughout Northern California with cities in development like Monterey and Santa Cruz, the mission of changing people's lives on and off the dance floor continues to thrive.