This event features the teachers, managers, and administrators who have advanced in a series of tests and placed at the top of their respective categories.  Although this is Arthur Murray, it is not a dance competition.

This is a customer service, probelm solving, and teaching skills competition.

Many teachers, including the Top Rookie, will be competing in the final round in Las Vegas for the very first time. For 3 Bay Area Arthur Murray professionals, however, this trip means something completely different: Redemption.

FOR MORE ON THE GEORGE B. THEISS ALL STAR COMPETITION, READ HERE

In 2014, the "Area 6" All Star Team representing the Northwest corner of the United States had high hopes.   When the results were announced, however, the team placed 5th out of 6 competing areas from around the globe.

With a combined 7 trips to the Geoge B. Theiss All Star Championships, Brienne Thompson, Evan Healy, and Joey Sena hope to deliver a trophy to Area 6 in 2015, and vindicate the team from a year ago. 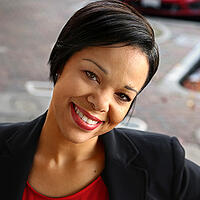 Visits to the All Star Finals = 3

Quote on having a close working connection with the other members of the team:  "I know we can find the rhythm faster because we speak the same language."

Visits To the All Star Finals = 2

Visits To The All Star Finals = 2

Quote on his personal experience with the All Star Finals in Vegas:  "I have made it to the finals twice before: Once in 2011, and once in 2013. I take the Giants approach of every other year."