LIVERMORE, CALIFORNIA - It was a night of great costumes, and better performances at the Arthur Murray Dance Studio in Livermore, California last night.  Teaming with Arthur Murray Walnut Creek, the combined teams put on an exceptional, and well attended dance event - The Extravaganza. 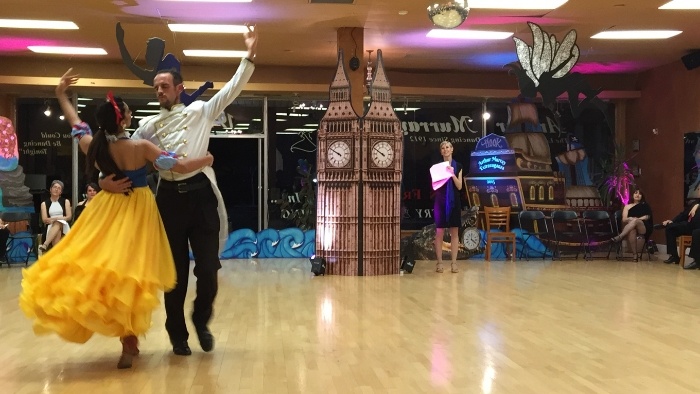 Theme Within A Theme

The theme for the Extravaganza was Fantasyland, and is one of the featured events in the winter Arthur Murray Festival.  In addition to that, there was a unified theme for both of these Arthur Murray locations - Performance.

The production value of each of the student routines was carefully crafted, and well executed.  There were dance costumes, group dance performances (formations), props, gags, and more.

This will be the last Extravaganza "in house" for these two locations.  Heading into 2016, the Arthur Murray Live studios will hold the event at local theaters with a seamless choreographed "theater show" - complete with lighting, a curtain, and plenty of theater seating.

"What You Missed" On A Slideshare

Arthur Murray Livermore has recently ascended to one of the top 24 Arthur Murray locations in the world, the team in Livermore is made up of a diverse group of personalities with energy to spare.  Located at 1947 2nd Street in the Historic Downtown Livermore, ballroom dancing at Arthur Murray seems like a perfect fit for the throwback city of Livermore, California.