Tommy Belmontez was supposed to be retired.

He rode off into the Competitive Dancing sunset with his partner, Jessica Holty, at the 2015 Unique Dance-O-Rama® . The two were going to focus on new avenues in their careers, trade in the sequined clothing for business attire, and put in more work behind the scenes within the Arthur Murray organization.

Well, as of the Spring of 2016, Tommy has decided to put his retirement on pause. So we caught up with him to find out all about it.

So much for retirement. 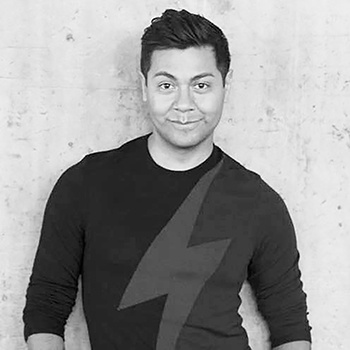 TB: I know right?! I feel like Cher doing my farewell, farewell tour (giggles). The excitement of competitive dancing has always been a drug to me and with a new adventure on the horizon, I couldn't resist the opportunity to perform again.

That adventurous opportunity came in the form of an event called the "April Follies" - a Same Sex Dancesport Competition. The event is held in Oakland every Spring and features a variety of ballroom and latin dancing competitive events for men and women in the LGBT community, as well as dancers that want to showcase their ability to dance as Leader or Follower.

While Jessica is still retired, and one of the most active Arthur Murray consultants in the industry, Tommy un-retired to dance with his longtime colleague, Drew Miller.

AML: So did you need approval from Jessica to dance with Drew?

TB: Ha ha, no. Jessica is very supportive in every way, but she did think I was crazy though. She said, "So much for retirement," or something along those lines.

AML: Was she involved at all with the process of getting you guys ready to compete?

TB: Unfortunately not. Her traveling and consulting career has really taken off.

AML: Speaking of the event itself, aside from it being Same Sex, what was different about the competition itself?

TB: You know, I thought about this one a lot. It was not that far off from an Arthur Murray Dance-O-Rama® . The energy in the ballroom was filled with cheers and laughter. Everyone was so supportive of one another. Just what you would expect at one of our Arthur Murray events.

The April Follies staff enlisted a judge very familiar with Arthur Murray Dance-O-Ramas® - Tonia Kosovich. As an esteemed member of the dance community, this was her first time judging an event of this type, and her impression seemed to mirror Tommy's. 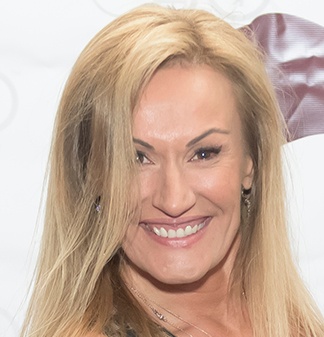 "I had heard from friends what a great atmosphere they have. From the moment I walked in, I sensed the excitement and friendliness... a lot like the sense of unity at an Arthur Murray event. I was also surprised at the fellow adjudicators I knew there, and the actual president of NASSPDA (North American Same Sex Partner Dance Association) I had met in Greece 10 years ago at a wedding of a mutual dancing friend. Small world."

Tonia also got a chance to see that this event may not be what people initially think it is. "The dance world needs to know that 'same sex partner dancing' means just that! It does not have to be your actual sexual preference. They welcome all combinations of gender, and gender identities..... it’s what role they choose to dance as!"

Learning to Lead or Follow can be tricky, but learning to Lead and Follow shows an incredible amount of versatility and training. Tonia Kosovich offers this enlightening vantage point.

"To truly become a great follower, it's to your advantage to learn how to lead - to see what skills that it requires, and vice versa. I think any great dancer knows that the importance of understanding both roles is paramount." Case in point, Tommy and Drew are both Arthur Murray instructors, well versed in dancing on both sides of the dance frame, and yet - there were still challenges.

AML: Did you have any big learning moments in the process of getting ready?

TB: Yes I had plenty! I realized that following is all about losing the want for control, yet being able to control the outcome at the same time. It’s pretty tough. It also helped me to become a better leader. I found myself understanding a lot more of what a follower needs to complete her movement, stay balanced and given proper direction. I can just see Jessica nodding her head and saying “I told you so!” Haha

Whether it is a personal challenge, a social choice, or a chance to gain knowledge through "ballroom dance empathy", learning what it takes on the opposite side of the frame opens up an entirely new perspective. Drew Miller was in agreement, "Wow, I became even more powerful. I have to remember that feeling when I dance with my other partners."

The Future of Same Sex Dancesport

Ballroom dancing has returned to widespread public approval through shows like Dancing with the Stars, America's Ballroom Challenge, and movies like Shall We Dance - but has that translated to the Same Sex dance community?

Barbara Zoloth is the organizer of the April Follies, and in her interview with ABC News,she shared, "it has grown phenomenally, and this is the largest one, and longest running, same sex dance competition in North America."

AML: What kind of impact will Same Sex events have on the Dance World?

TB: I believe same sex dancing can, and will, have a major impact on the ballroom community. Even though our dance world might seem big, with studios across the globe, the fact of the matter is that we are small in comparison to the number people that can't dance. Having a community that embraces the dancer, without judgment of race, sexual orientation, or gender identity will change the world, and make our dance community the largest it has ever been.

Tonia also wants to see that take place, "We say 'dance has no barriers' so for this to be a truth we need to open up, give opportunities, and welcome anyone and everyone!

Tommy and Drew won their competition, received plenty of praise, and were featured on an ABC News segment, but knowing Tommy - that wasn't what this was all about.

AML: So what's next for Tommy, and his re-entry out of dance retirement?

TB: The next step is choreographing routines and formations that are more role specific, rather than gender specific. To compete in the Latin and Standard division, and educate everyone on what this is... and what it can become.

For many people, learning to dance can feel like a risky hobby. Walking across the dance floor for the first time can feel like trespassing, or a hot coal trust walk a la Tony Robbins. Yet for those that are interested in Same Sex dancing, that feeling is magnified. One thing that makes every Arthur Murray Dance Studio a supportive community is the connection everyone has to that first walk in.

So let's keep that thought in mind regardless of who shows up, and who they'd prefer to dance with.