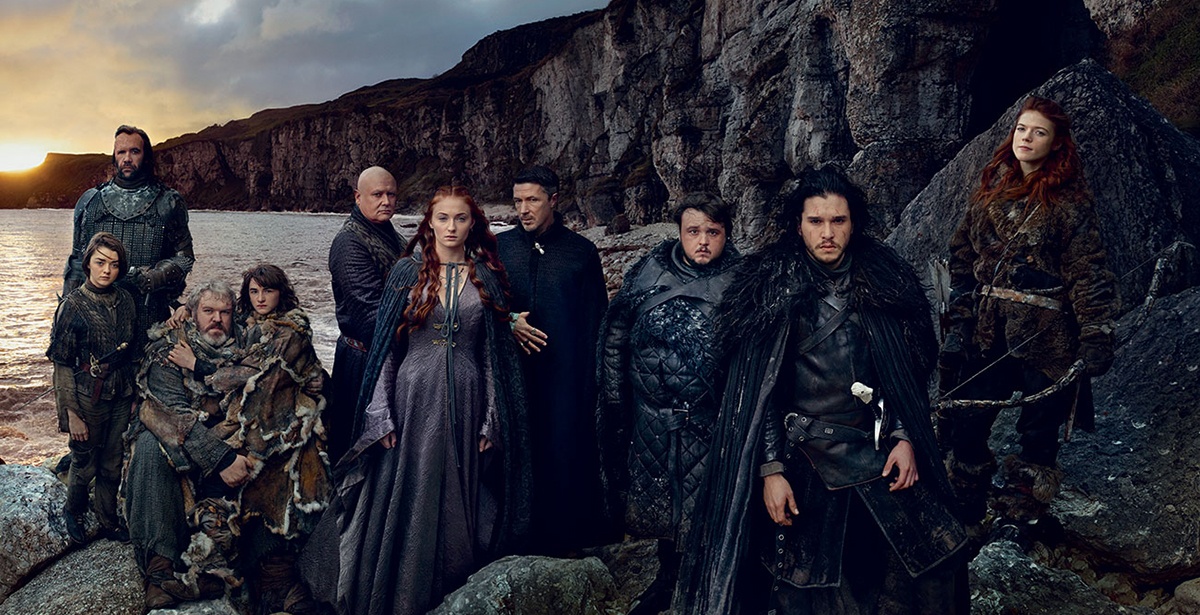 Your Ballroom Dance Program is Just Like Game of Thrones

Your Ballroom Dance Program is Just Like Game of Thrones

And, no, your last dance routine was nothing like "The Red Wedding"... don't be so hard on yourself.

You may be asking yourself, "What in the name of Ned Stark does Ballroom Dancing have to do with Game of Thrones?"

"The real question", said the Ballroom Dancing Three Eyed Raven, "... is what doesn't?" 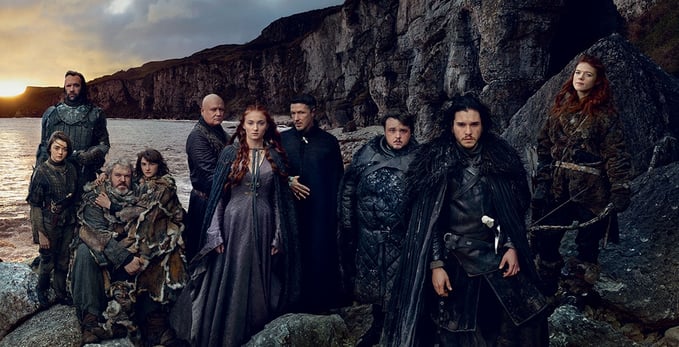 Your Dance Program is Westeros

Just like House Stark differs from The Lannisters, and the Dornish women may not be the best example of fair maiden princess-types, the dances in your program will each have their own traits and purposes.

Here are some examples.

Everything about House Tyrell revolves around one thing:  Practicality.  They choose commerce over war, and have incredible stores of food and grain, live in a peaceful society, and their motto is "Growing Strong".  They are more consistent than extravagant.

Yes, the Foxtrot may not win you any dance battles at a nightclub, but it is a dance that acts as a foundation for all of your social dancing.  It may not be as sexy as other dances, but, just like a great harvest, being able to dance anywhere is a skill anyone can appreciate.

According to the Game of Thrones Wiki, "in the rest of the Seven Kingdoms, the Dornish have a reputation for being hot-blooded and sexually licentious."  So they like to fight, and.... well, flirt, and fight and flirt some more.

If there were ever a Dornish dance in your program, it would be Tango.  The dance itself can be safely characterized as a volatile relationship - with extreme cases of fiery temper, followed by spicy romance.  Or you could just call it "hot-blooded and sexually licentious".

High atop the mountains of the Vale sits the House of Arryn.  You know, that castle in the clouds with that interesting decorative window in the floor, that's not actually a window, that people sometimes get thrown out of?  That one.

Remember how the House of Arryn is situated in a castle at a high elevation?  Well, the dance with the highest elevation is Waltz.  Using its signature technique, "Rise and Fall", it gives a dancer the look of floating across the dance floor, and never floating out of a floor window to your imminent death.

"And every man from Bear Island fights with the strength of ten mainlanders!" said young lady Lyanna Mormont as she pledged her house's allegiance to House Stark.  She may be a diminutive character, but she captured the type of strength that befits a sigil of a wild Black Bear.

While it may not be as prominent as dances like Salsa or Swing, the Cha Cha is as versatile a dance as you can find.  This one dance gives the dancer access to at least a dozen different dance floors, with an equal variety of music.

Loyal, long lasting, and bound by a duty to protect the North from the dangers of Winter, House Stark represents a family, rugged and determined, caring and bound to their word.  Due to these traits, House Stark has persevered through the most challenging times that would, otherwise, lay waste to other houses.

Swing is a dance that has seen it all.  From the golden days of the 1930's and 40's where the dance defined a generation, to the 50's where it adapted to the shift in popular music from Jazz to Rock N Roll.  Swing has always been there.  It has endured the threats of other dances, like the Twist, the Hustle, Disco, Lambada, and Salsa - and yet, Swing still continues to thrive.  Swing is as tied to House Stark as those Direwolves are tied to their young masters.

Also known as "greyscale", the stone men are the afflicted with a disease that turns the victim's skin into stone.  It's highly contagious, and was thought to have no cure [Suppressing any recent spoilers].

There are people out there, let's call them "The Dudes", and they have been stricken with a condition that makes them believe that dancing is not a very masculine activity.  For those that dance, you can see "The Dudes" as plainly as someone from Westeros can spot a Stone Man suffering from greyscale.

Fortunately, a free private lesson seems to work wonders on this highly debilitating social condition - no need for a hammer, chisel, and maester.

There is hope for The Dudes, but prolonged exposure to their attacks could put a new dance program in jeopardy.

The rabid band of people crazy enough to live North of the wall are known, appropriately, as the Wildlings.  They are a raucous mix of dangerous people, and their ability to kill is not gender exclusive.

Eventually, nightclub dancers, much like the Wildlings and John Snow, may become your allies.  At first glance, a pack of nightclub dancers seems to pose a threat to every minute of dance instruction you've had.

They may dance with a less familiar style, they may wield their dance ability in a different way, and as much as that may challenge your own dance identity, you are distant dance relatives.

This doesn't mean you need to dance like them, look like them, or become romantically involved with them only to be later shot with an arrow by them - just know that everyone has a different dance background, with different dance training, and all dancers are your allies.

Sometimes villains look like grotesque monsters, dark shadows, or spindly creatures, and then there are the Lannisters.  The preeminent villain family that are as ruthless as they are good looking.  They are the wolves in regal sheeps clothing.

The Dance Equivalent:  Friends and Family

Don't misread this - not all of your friends and family are Lannister-like.  Similar to the show, there are some Lannisters that still have a heart.  Unfortunately, one of the most dangerous potential villains in your life is someone close to you that second guesses your hobby.

They may put some Lannister-family-type pressure on you to reconsider.  So, yes, that might mean you are, in a way, being the social dance hobby equivalent of Tyrrian Lannister, and we are just trying to let you know that your sister, best friend, or close co-worker may take a Cersi viewpoint on the life changing hobby you frequent in your leisure time.

Winter is coming.  "Why is that so bad again?" you might ask.  Because Winter can last years in Westeros, and.... forgot to mention, there is an army of the dead on the march that prefer the cold weather.

Dance Equivalent:  Your Past

There are moments in your past that still come back to haunt you.  Times when you actually believed that you had no rhythm, had two left feet, or believed someone's negative assessment of your potential for the grace and poise of a dancer.

Each of those thoughts is like a White Walker.

You may have a wall that you've built up with new skills, new friends, and newfound confidence, but that doesn't mean that the White Walker that represents a pain point from your past is completely gone.  Why?

Because the Leader of the White Walkers keeps them alive... and it is closer than you think.

Yes, for the purposes of this article, the spear slinging leader of the White Walkers is the critical voice inside your head.  It brings power back to those negative thoughts that should be long buried and obsolete by now.  It validates hearsay, endorses negative speculation, and allows you to be easily derailed with conspiracy theories.

The Defenders of the Realm

Whether they are the Knights of the Vale, the Men of the Knight's Watch, John Snow, or Brienne of Tarth, there are plenty of people committed to keeping all of the kingdoms in the realm as peaceful as possible.

Your instructors have pledged their service to you and your dance goals.  Which means, even if you're asleep by the campfire of your dance journey, they are on guard to keep you on track.

The New Student Counselor and the Supervisor in your studio are no different than the Maesters or Hand of the King or Queen.  They are there to support you in your quest, and to guide the teachers to ensure that the best strategy is executed.

Obsidian takes on a different terminology in the world of Westeros - Dragonglass.  Oh, and it is one of the only ways to stop a White Walker.

Your metaphorical White Walkers will continue to thrive without Dragon Glass, er... communication.

This means that you've got to share your history with your teachers and management, the same way Sir Jorah Mormont would have died if he had kept his Greyscale ailment to himself.

Sure, opening up about disappointing dance moments in your past may sound as fun as a Greyscale treatment without a leather belt to chew on, but it is as effective as a Dragon Glass blade into the remains of a White Walker's corpse.

Just like Dragon Glass, it's easy to be skeptical of this solution, but it really does work, allows the professionals on your team to create an effective strategy, and it will always be far less gruesome than anything you might see on that little show we've been mentioning from HBO.

Your Dance Program may not have the bloodshed of GOT, but it certainly has some climactic moments.  After all, that's what venturing outside of your comfort zone (the Wall) is all about.

There will be an equal share of fear and discoveries.

Game of Thrones gives us all a chance to live through the context of a families that bend without breaking, people with honor and those without, and a belief that their life has a bigger meaning.

Context like that almost makes you wish all the families, the dragons, the white walkers, and everyone and everything else would continue fighting forever - just for entertainment sake.

But while this show will come to its conclusion, your epic Dance Journey will continue on regardless of who eventually sits on the Iron Throne.

The Three Eyed Raven told us so.